The #3 section of the Australian platoon nears completion.  Figures are finished and I just need to varnish and flock their bases.  These are some of the better sculpts and I'm pleased with the overall look of the platoon. 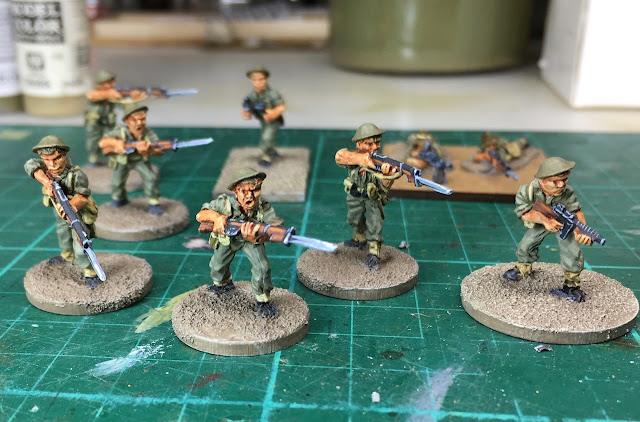 As can be seen from the Platoon commander figure in the centre in the picture below, some of the proportions are way off and even noticeable from a distance. 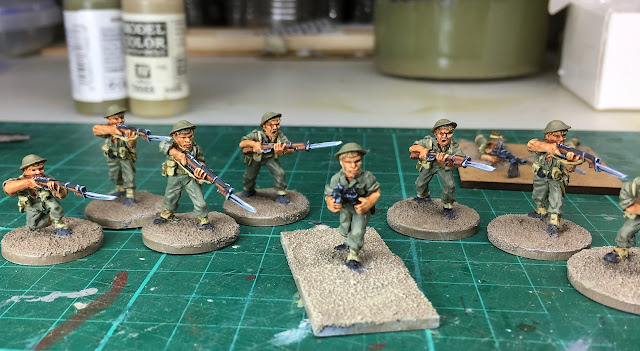 However I'm really pleased with the Eureka sets that have just turned up as these are the same poses but wearing slouch hats.  The heads and faces are also different sculpts and these are much more in proportion and the faces less expressive. 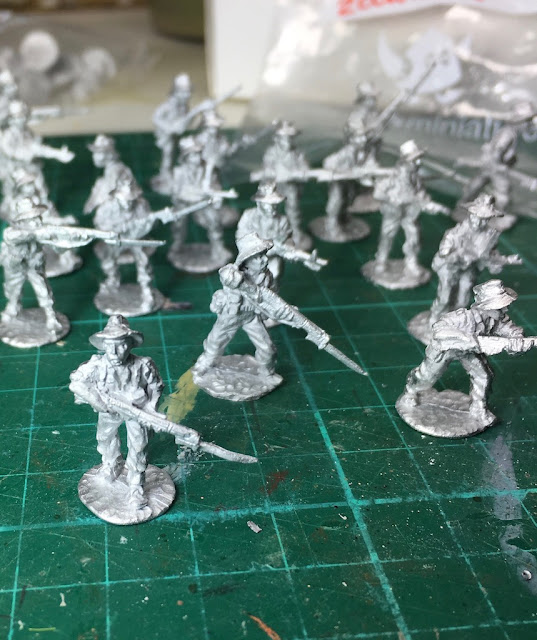 Here they are next to some of the Japanese: 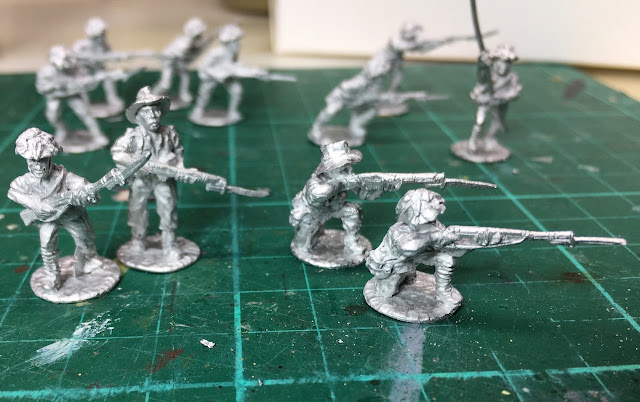 I'm keen to see what these look like with paint on, so I've been busy.  The Japanese have had some base coats applied and the diggers in slouch hats have been based and primed. 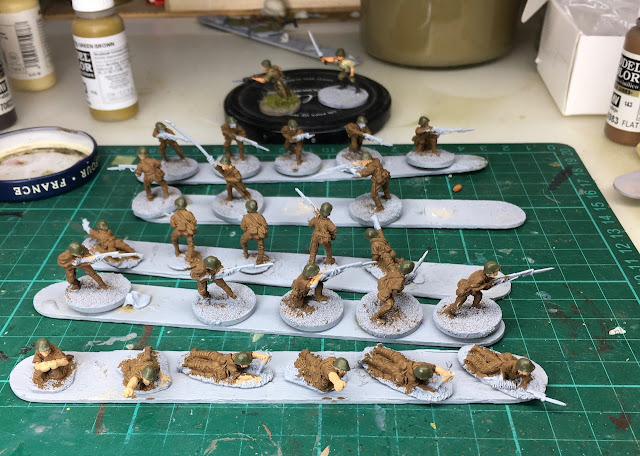 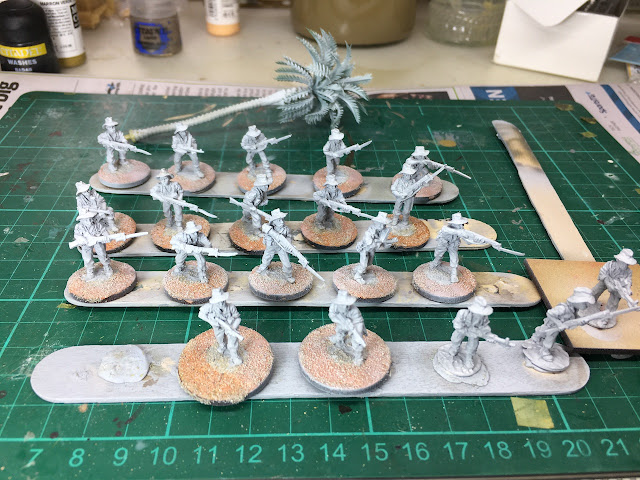 As you can see in the background I have a palm tree.  I bought a bag of these on eBay from a seller in China at some ridiculously low price including free postage.  So while I had the primer in the airbrush I thought I might as well prime one at the same time as the figures.  I thought I could experiment with colours to see what works best.  I want to recreate the palm plantations that featured prominently around Buna and in other locations.  Once I've settled on colours I plan to be doing a lot of these, so this will be an upcoming terrain project in addition to some other jungle/tropical terrain. 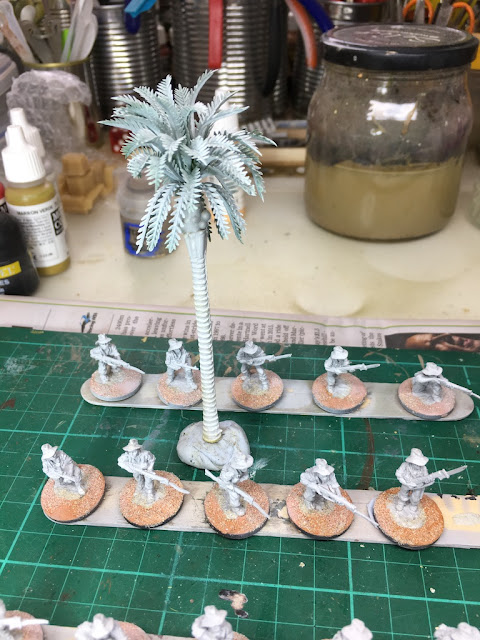 So here's my first attempt at the palm tree.  I think this works reasonably well.  I'm happy with the trunk and will probably end up going with something very similar.  The foliage needs a bit more work to vary the colours and tones although the pictures don't show what is already there very clearly they could do with a bit more.  I think they will be very effective when arrayed on the table. 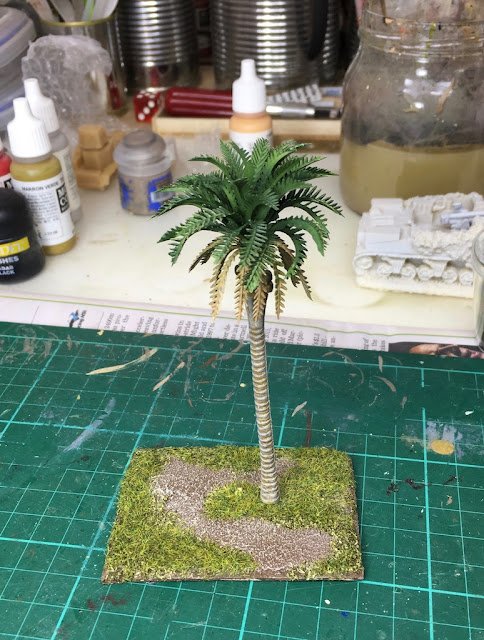 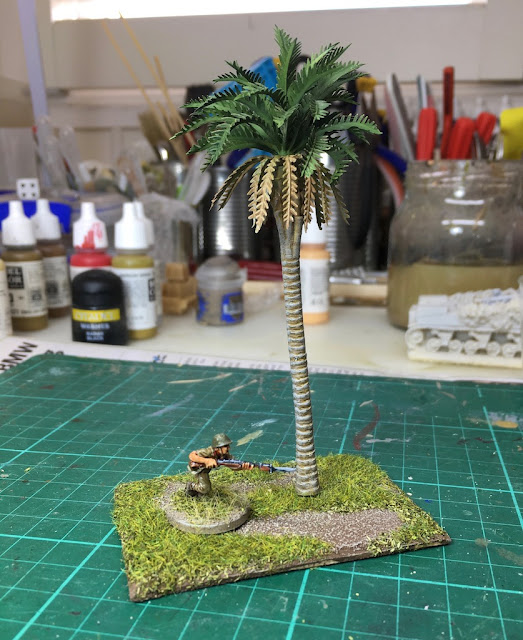 Posted by The Tactical Painter at 16:25