In preparation for my forthcoming Chain of Command pint sized campaign 'Kampfgruppe Von Luck' I've been pulling together the various supports that may be called upon by the men of 12 Para or their opponents 125 Panzer Grenadier regiment from 21st Panzer Division.

The panzer grenadiers form part of Kampfgruppe Von Luck under the experienced command of Hans Von Luck. However the 21st Pz Div of 1944 bears no relation to the experienced 21st Pz Div that fought in North Africa. This is the division reconstructed after the fall of Tunisia and its ad hoc nature is reflected in its equipment - a wide mix of converted French AFVs.  It's some of these that I've been painting up for the campaign. We have a Unix P107(f) SPW half track; a 15cm sFH13 auf Lorraine Schlepper and a Pak 40 auf S307(f). A suitably weird and whacky bunch of vehicles. That said, the Lorraine Schlepper with its 150mm howitzer is not a weapon to be taken lightly. The Paras are not blessed with anti tank weapons, so even this rather motley collection of vehicles present some threat. 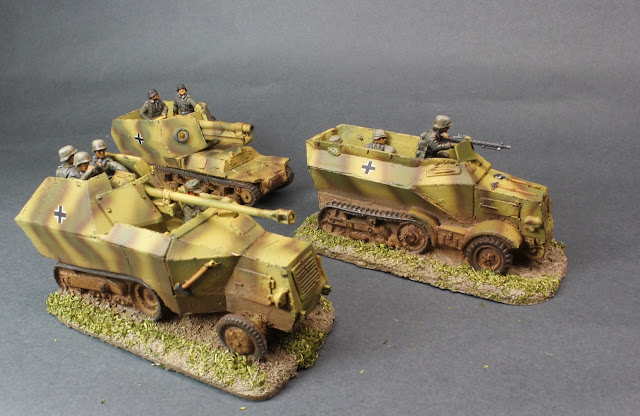 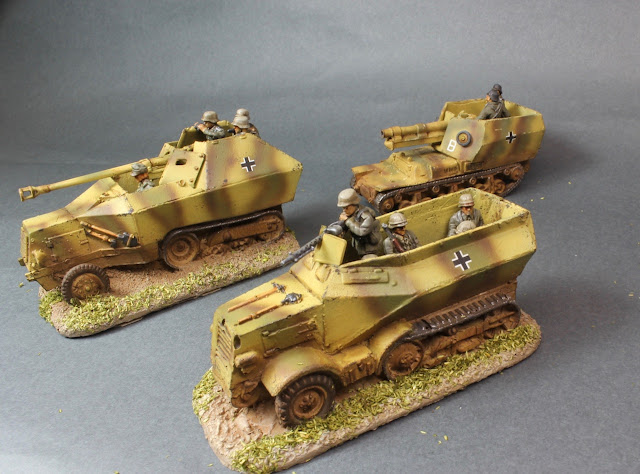 The Paras will rely mainly on their PIATs, although they also have Gammon Bombs available to select from the support lists. A 6 pounder anti-tank gun is available, but it is quite an expensive selection. I suspect I may prefer to add more infantry to support my platoon and will therefore rely on their trusty PIATs to keep those AFVs at bay. The fighting is mostly in close terrain, not well suited to vehicles and ideal ambush terrain. Any AFV that has wandered too far from its infantry support might find itself in a spot of bother. Well, that's what I'm hoping anyway. But, just in case it's needed, I've converted one of the Plastic Soldier Company's 6 pounders into any airborne 6 pounder.  I've kept it to a fairly simple conversion to alter the key elements that I think are most notable (a smaller gun shield and a narrower axle being the two key elements). The crew come from the AB Miniatures range. 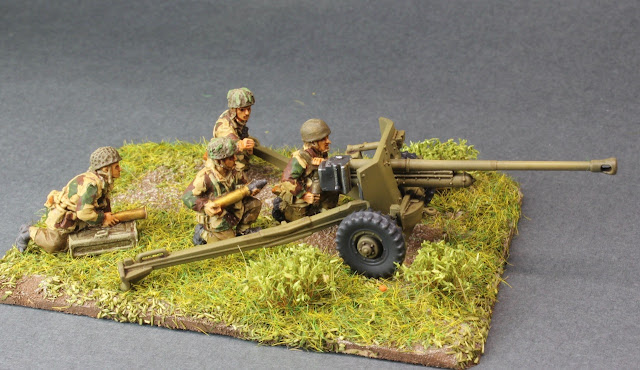 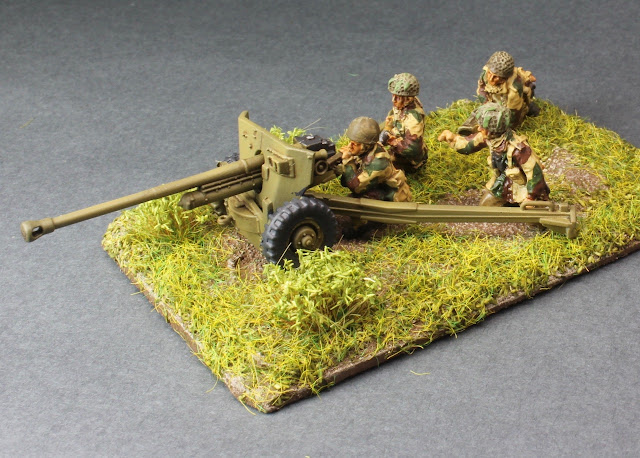 You can follow how the campaign progressed by clicking here:
Kampfgruppe Von Luck campaign AARs
Posted by The Tactical Painter at 14:12