Covering fire in Chain of Command

I like the simple mechanic that is covering fire in Chain of Command, I think it's another elegant design feature of a great rule set.  There are often times when some suppressing fire is far more useful than an attempt to inflict casualties. I've seen games bog down into drawn out fire fights when some judicious covering fire and movement would be more effective.

So that preamble was just a way of showing some covering fire 'markers' that I've created to indicate where that fire is, but also add some colour to the table.  A single team can lay covering fire 4" in width, a section can cover 9" so there are markers in both lengths.  The bursts of gun fire are over dramatised and would be more at home in a war comic or Hollywood movie. Nonetheless they do look a lot better than plastic beads or other markers.  As covering fire lasts for the phase it was placed and the following phase these will sit on the table for a while so I wanted something that would blend in well.

Simple construction - flocked strips of MDF with a few pieces of wire hot glued into holes.  The wire is painted black and then livened up with some red and yellow (I know, I know, bullets don't explode like this, but hey, it looks good).  The smoke is white polyester soft toy stuffing painted with acrylic paint.


And here they are in a game setting: 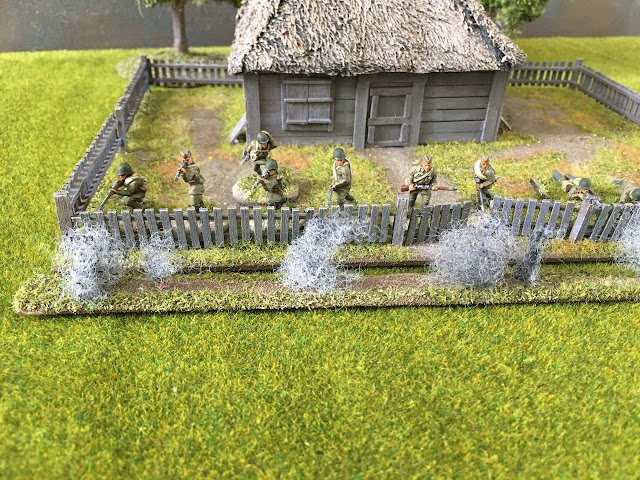 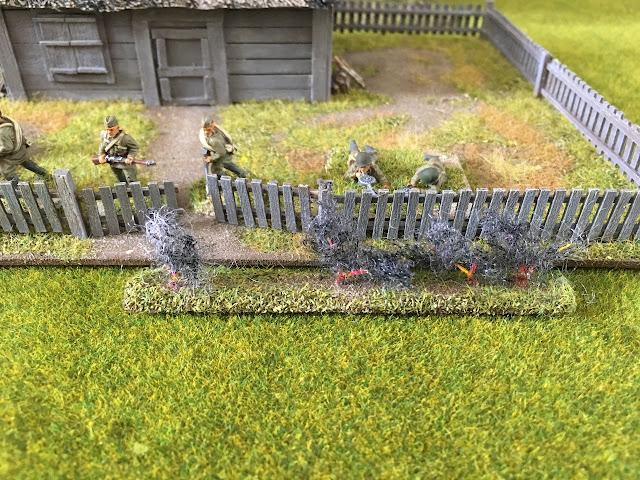 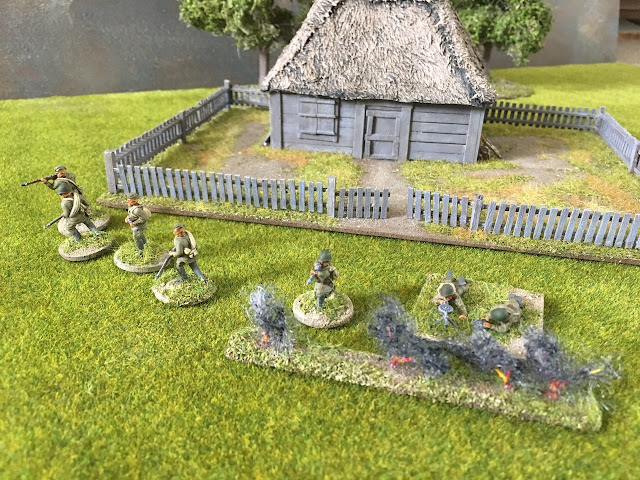 Posted by The Tactical Painter at 12:10

Email ThisBlogThis!Share to TwitterShare to FacebookShare to Pinterest
Labels: Chain of Command, Terrain