Ammunition markers for Chain of Command

Chain of Command is a rule set that requires very little record keeping but sometimes it's handy to keep track of specialist ammunition. For example, the British 2" mortar has only three rounds of HE and the man-pack flamethrower only enough fuel for three attacks. While it's not impossible to keep a mental note or use a simple device like a dice I thought it would be a lot more attractive to create counters that were themed to fit with my miniatures. Here is a quick guide to how I made markers to track mortar, flamethrower and hand grenade ammunition.

A 1/72 or 20mm 2" mortar HE round is very small and so I had no intention of making these to scale. I looked around for larger scale 2" mortar rounds but all I could find was a very nice, but very expensive resin 1/35 2" mortar set.

I thought it wouldn't be too tricky to scratch build. The main body of the missile was cut from a piece of plastic sprue and the edges were sanded and rounded off. The fins were going to be a bit tricky but in the end I used some arrow feathers from one of the Perry 28mm plastic Agincourt sets. Remember I'm not looking for absolute accuracy here, just something that looks about right. 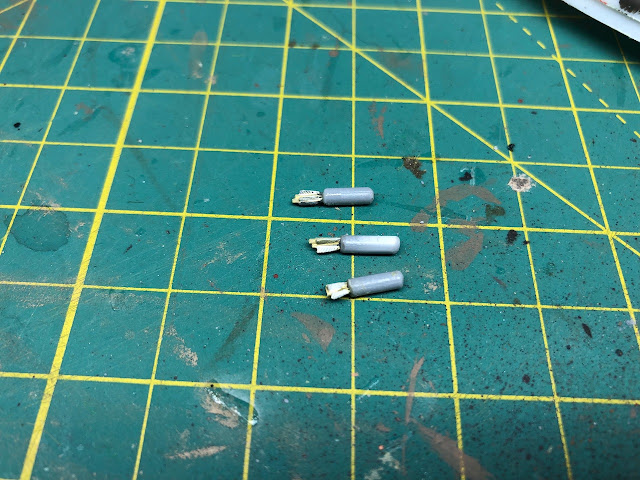 My thinking was this - a mortar with the full complement of three HE rounds will not require any marker, however once the first round is fired then a marker with two rounds is placed by the mortar to show how many rounds remain. Once the next round is fired this is replaced by a marker with a single round. So I needed two bases, one with two rounds and one with a single round. 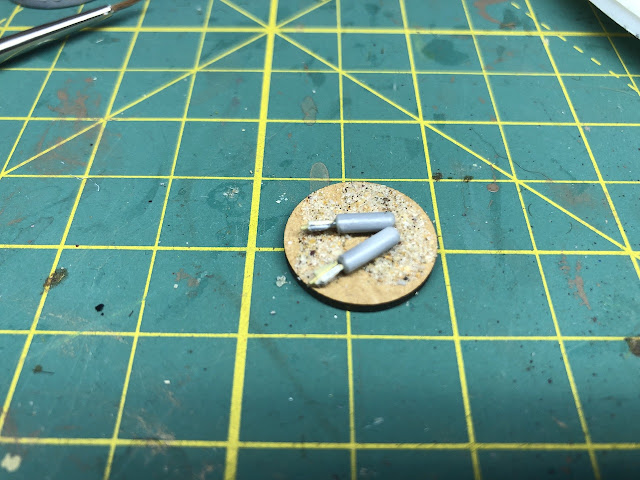 With the rounds made up they were painted using the picture above as a guide. 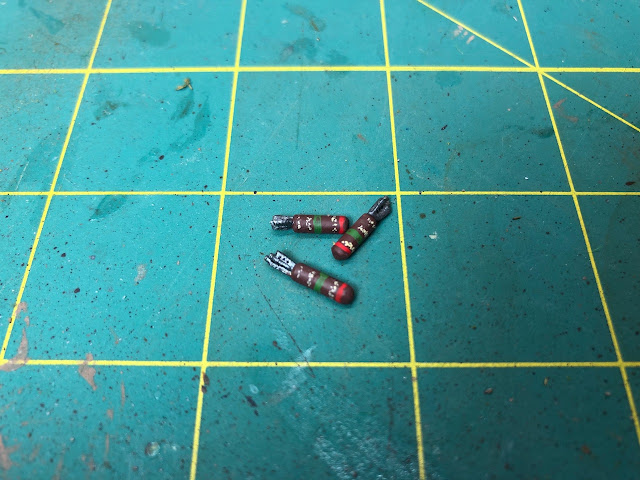 Next they were mounted on a 20mm round MDF base, same as my single infantry figures. 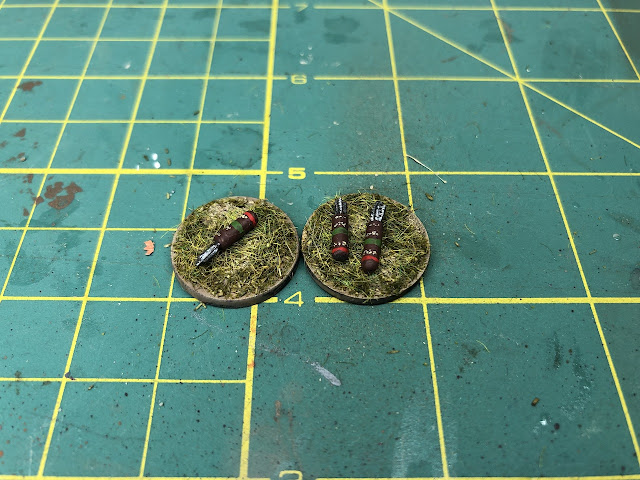 Quick and simple to build they should serve their purpose well enough. 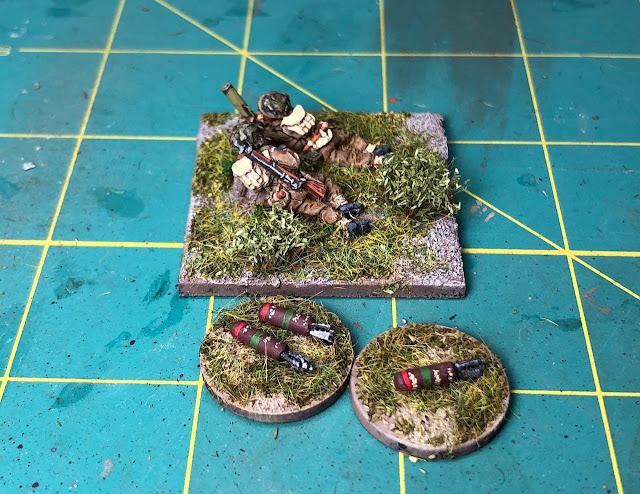 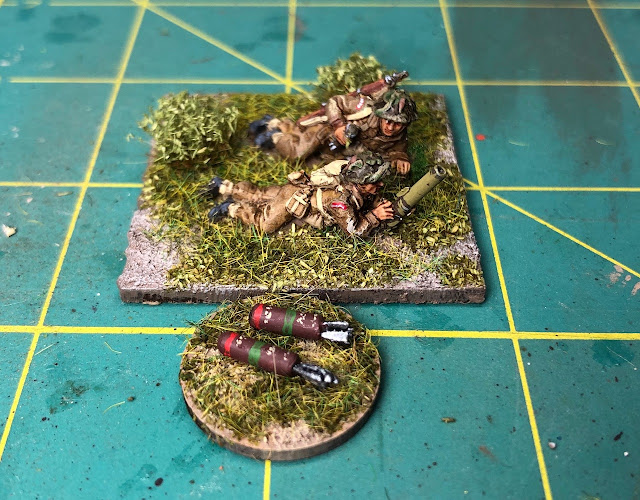 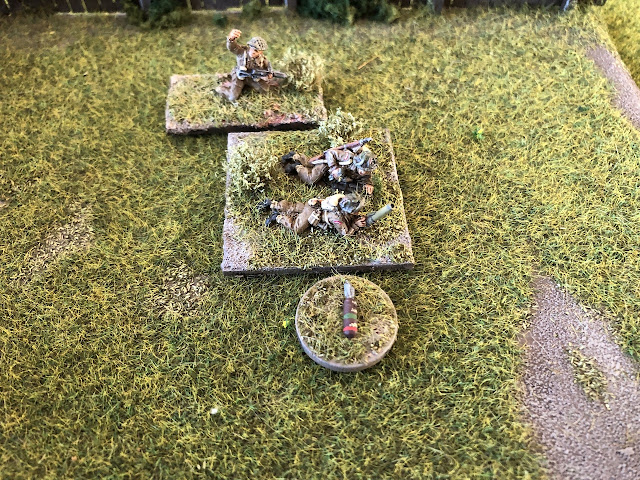 The same idea was used for flamethrower fuel. I couldn't find any images of spare tanks of this fuel but thought that a jerry can was an instantly recognisable symbol for fuel. Fortunately I have more 20mm jerry cans in my spares box than I will ever need. These were large enough that they work just fine in 20mm. All they required was painting and basing in a similar style to the 2" mortar rounds. 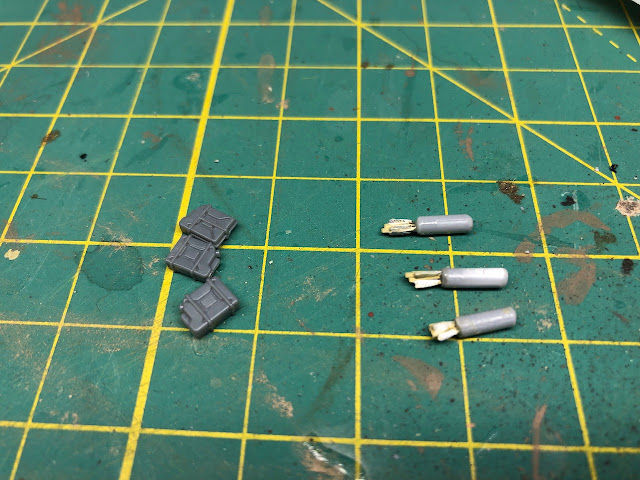 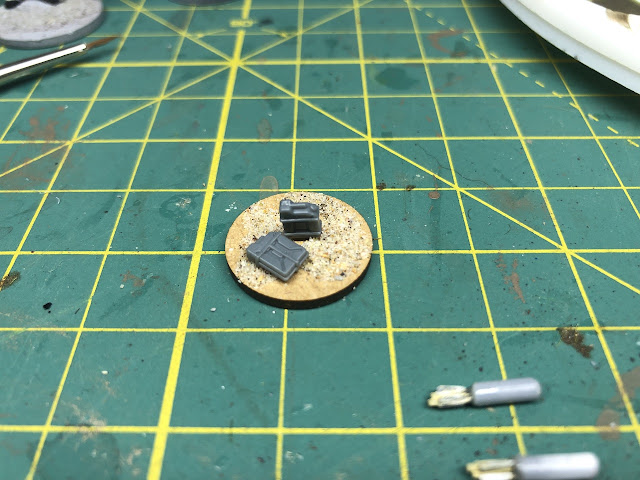 I used a bit of creative licence with the painting and have imagined some sort of 'danger flammable liquid' markings on the cans. It works for me. 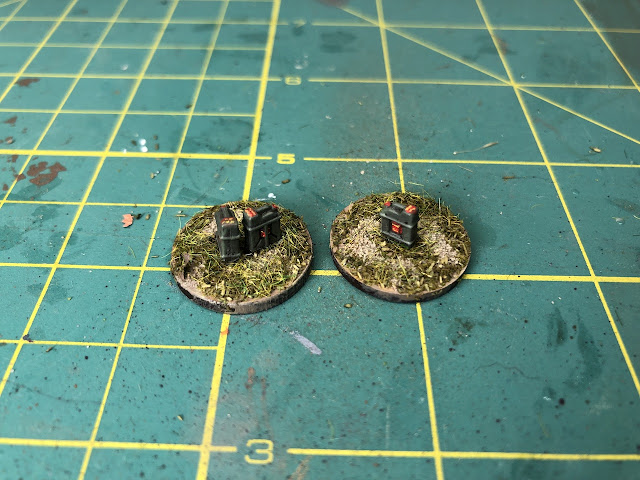 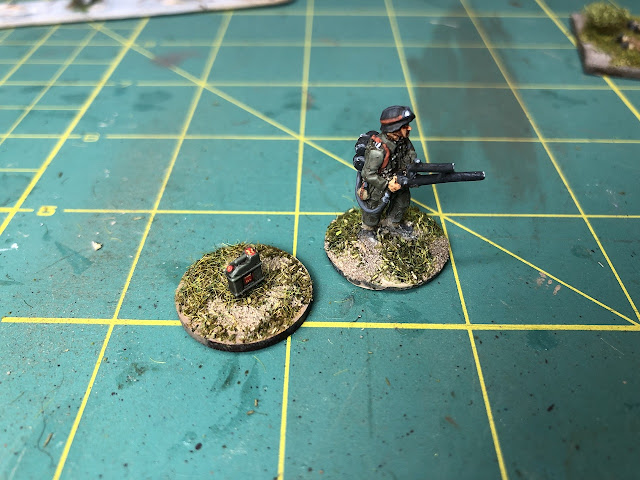 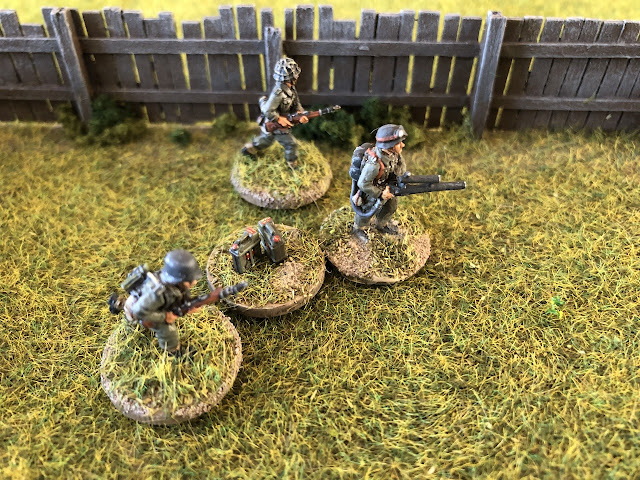 Lastly, I wanted to consider something that would represent hand grenades. Like the 2" mortar rounds, doing this in scale wasn't going to be very practical, so I looked for something in a larger scale. It didn't take long to track down some very suitable grenades in 1/35. I decided to go with German Stielhandgranate given they are so iconic. Rather conveniently they are also large enough to stand out on the table and this lovely set of a dozen in brass were perfect. 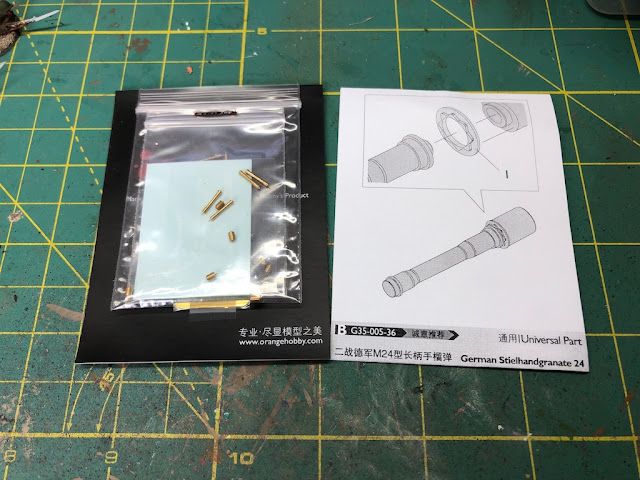 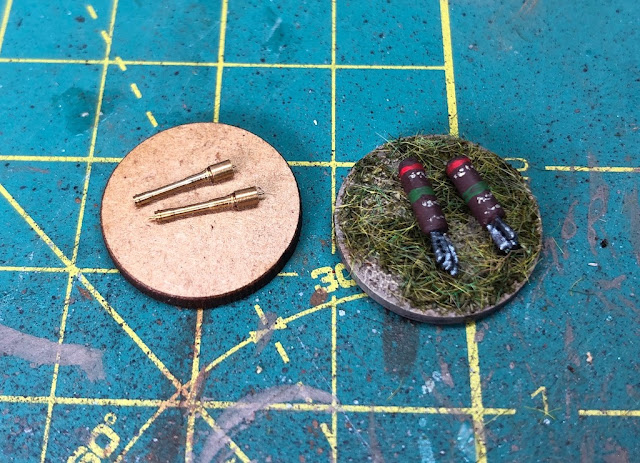 They even came with a set of decals carrying the warning reminding soldiers to ensure the fuse was fitted - Vor Gebrauch Sprengkapsel einsetzen 'Before use insert detonator' (to avoid accidents during transportation they travelled with their fuses separate). Once painted and based I was very happy. 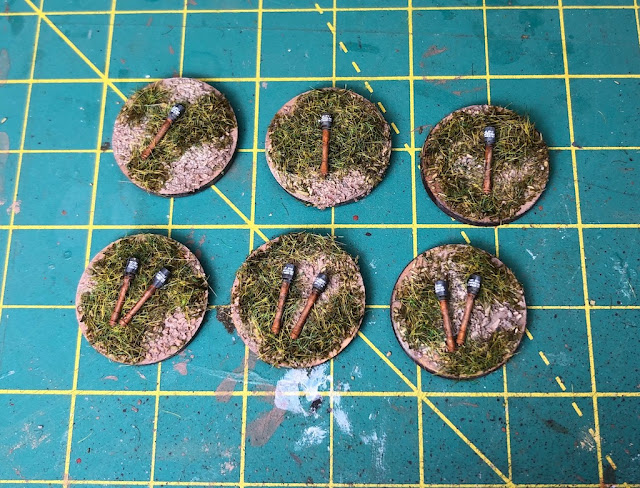 They match up well with the other ammunition markers and that gives me an attractive and practical set of markers that should blend in well on the table. 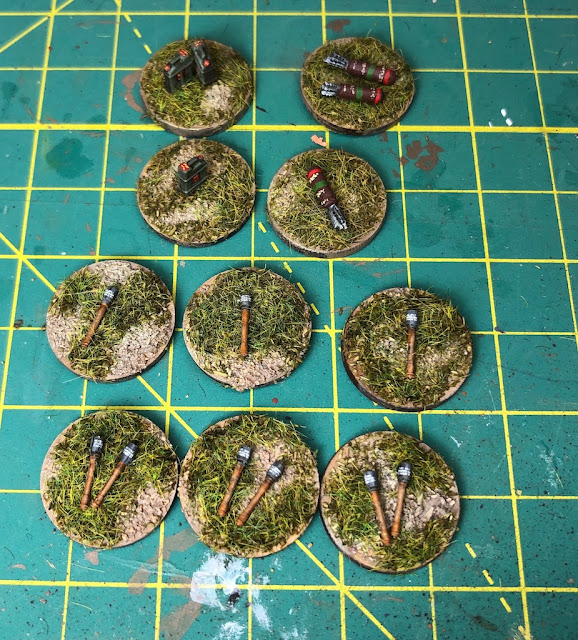 Posted by The Tactical Painter at 15:57