Now that I've finished painting a small group of Continental Light Infantry I have enough Rebels to make up a core Sharp Practice skirmish force for the Continental Army 1778, or for a Southern Militia force made up of state line (well that's assuming I pass off my Continental regulars as State Line, but I think I can fudge that one).

I painted the Continental Light Infantry in hunting shirts, which is not entirely correct for the time period, but I wanted to make use of the plastic Perry figures in the boxed sets and their different poses would help me differentiate the Lights from the Line infantry. Although as you can see, their leader is not in a hunting shirt and wears a regulation jacket and rank sash.

As the Lights will act in a skirmishing role in groups of six I've made use of smaller sabot bases that take three figures each. These sabot bases are also from the Warbases range and as I did with the square bases I rounded off the square edges with my Dremel before painting and flocking. 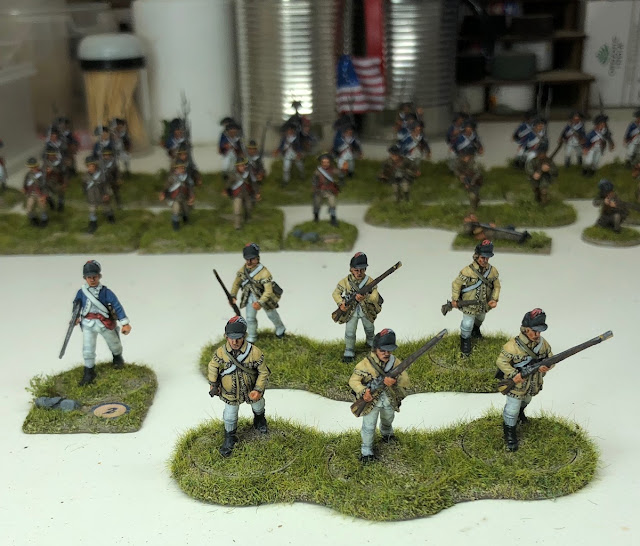 These sabot bases will work well given one group of light infantry skirmishers can screen two groups of units in line and as you can see they manage this perfectly. 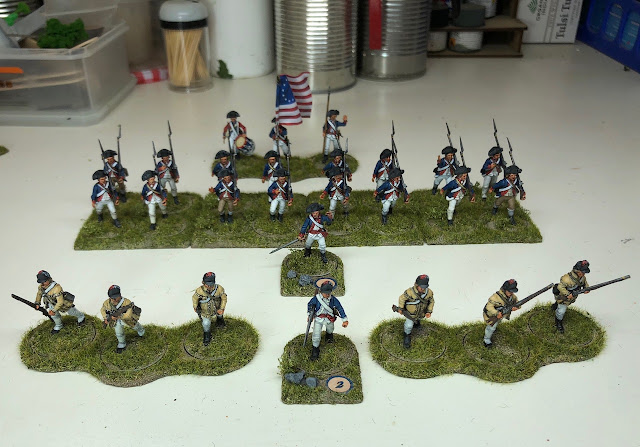 So here is the Continental force made up of one group of light infantry, two groups of state line and three groups of Continental regulars, with their respective leaders. In this instance all the figures are from the Perry plastic Continental infantry box set. 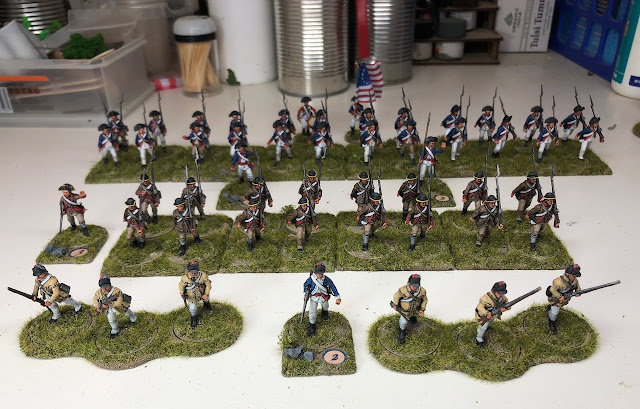 For the Southern Militias I will replace the Light infantry with the lovely Perry metal Frontiersmen Skirmishers. 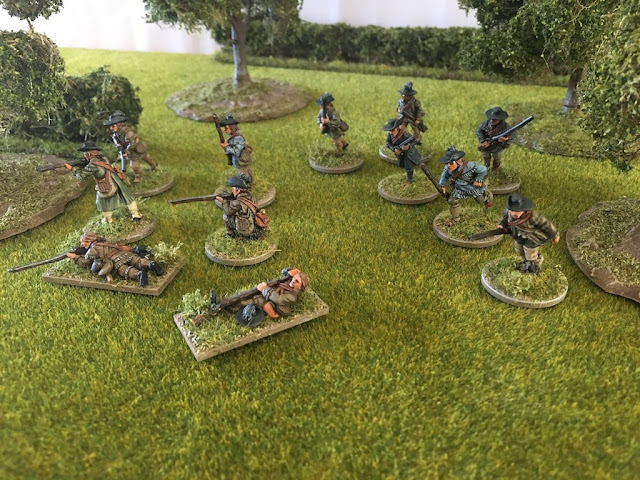 Posted by The Tactical Painter at 11:10