Spent a few hours on Saturday at the MOAB gaming event in Sydney's south. MOAB (Mother of all Battles) is an annual gaming event organised by Sutherland Shire Gamers and has established itself as Sydney's major show, growing from strength to strength each year.  It's a mix of tournament, demonstration and participation games plus the usual opportunity for traders and other suppliers to sell their wares. 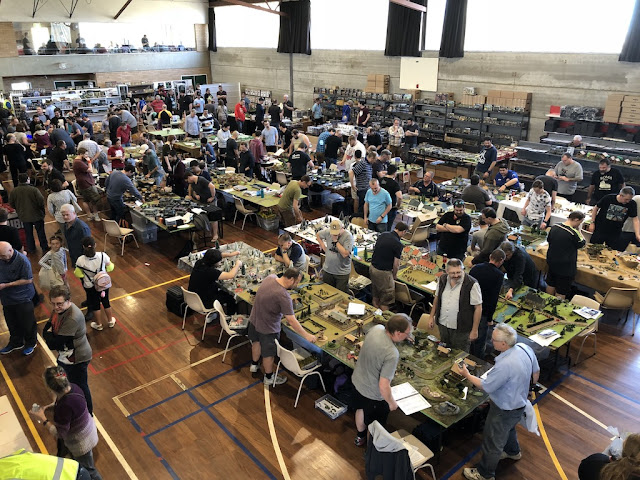 Last year's Chain of Command tournament garnered a lot of praise, no doubt helped by the splendid terrain created by John Bond. With John focussing on the terrain for the Pacific themed tournament at CanCon in January there was no Chain of Command at MOAB this year, however the Lardies were represented by What a Tanker and Sharp Practice. That said, John was one of many familiar faces I bumped into on the day, but this time he was there as spectator and shopper, much as I was. 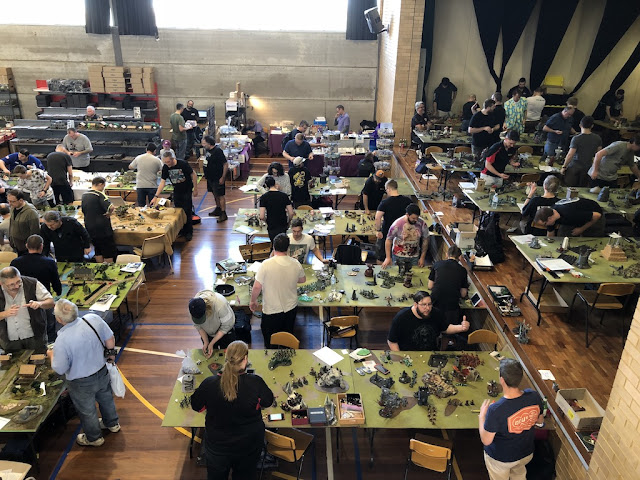 The main hall was busy with traders and games from a very popular participation game of Gaslands through to a busy Bolt Action tournament. Adjoining rooms featured everything from Bloodbowl and Warhammer, through to DBA and Flames of War. A big attraction for many, as it was again this year, was the very popular Bring and Buy. 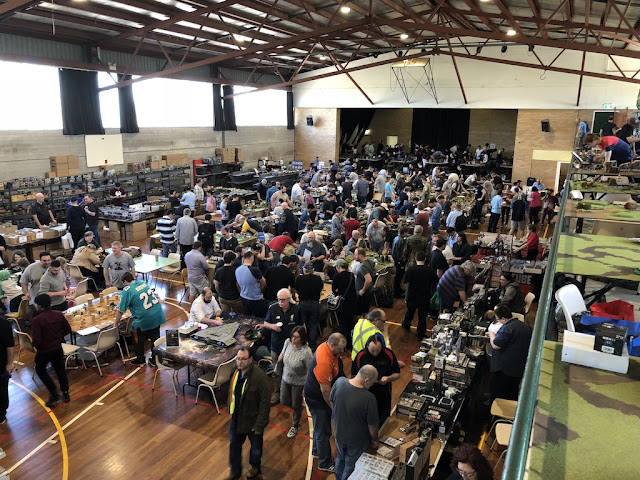 What a Tanker was organised by Richard Naco (better know as oozeboss in some of the forums) and if the number of blazing tanks on the tables was any measure of the entertainment, all seemed to be having a great time. A Hetzer was proving to be the tank killer of the tournament. 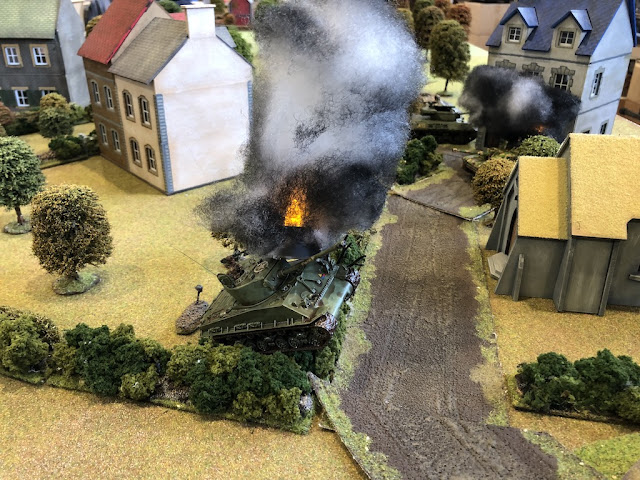 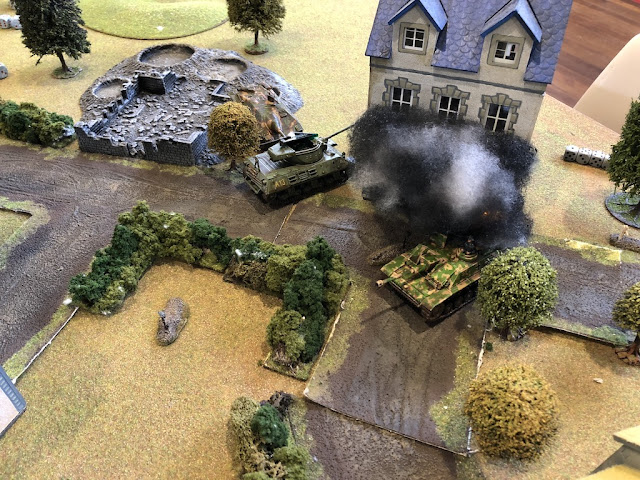 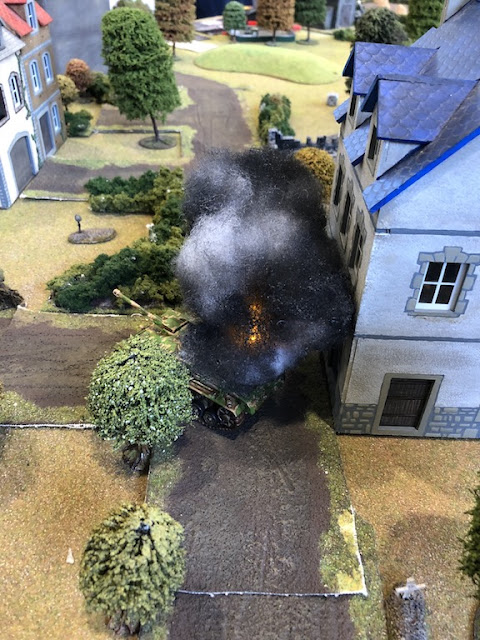 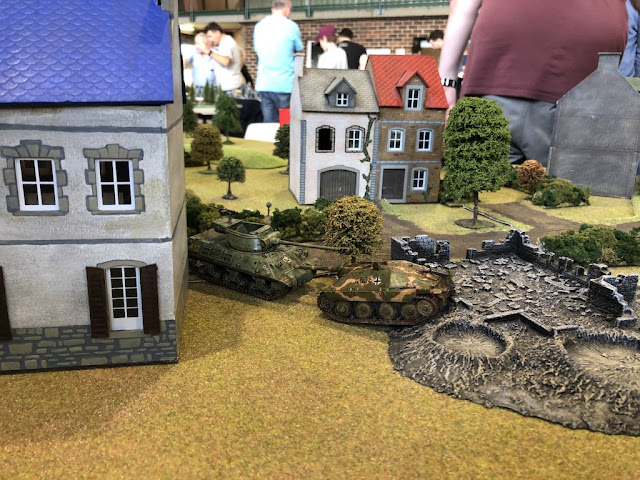 Ben Fiene was running a Sharp Practice American War of Independence participation game set during the Saratoga campaign.  I found him at a pause in the game while the participants had headed down to the Bring and Buy which had just opened, but that gave us some time to talk and admire the beautifully painted miniatures on the table. 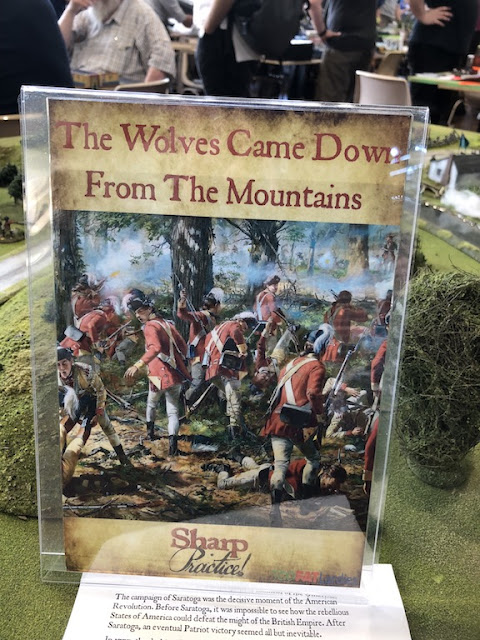 Ben was wondering if the players commanding the Rebels were being a bit too bold with their militia in trying to hold a river ford, considering they were trying to oppose a few groups of British regulars. 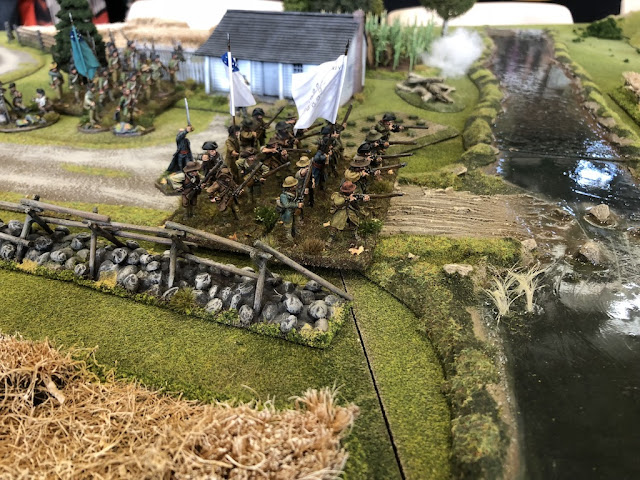 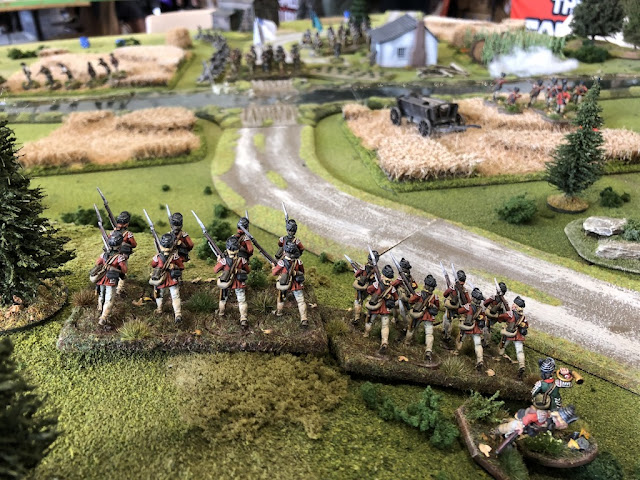 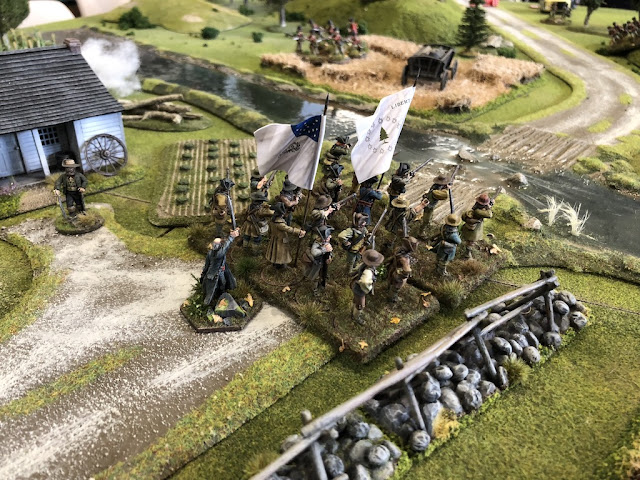 I didn't fancy their chances, but when I returned to the table a little bit later it seems that while the militia had fallen back taking several casualties American riflemen in good cover and firing at long range had managed to kill the British Level III leader and wound his second in command, so things were not going quite so well for the regulars. 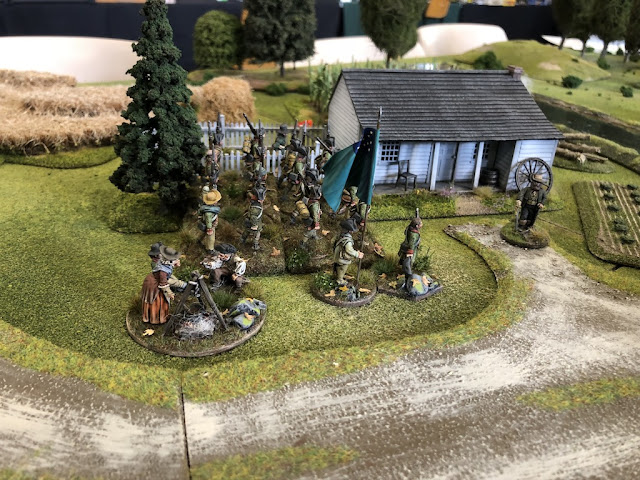 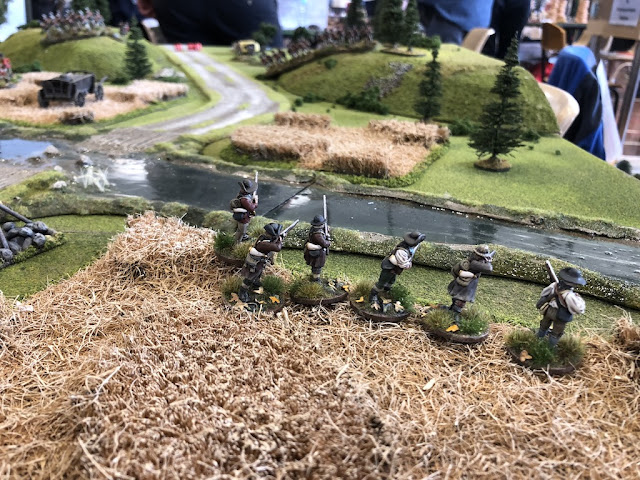 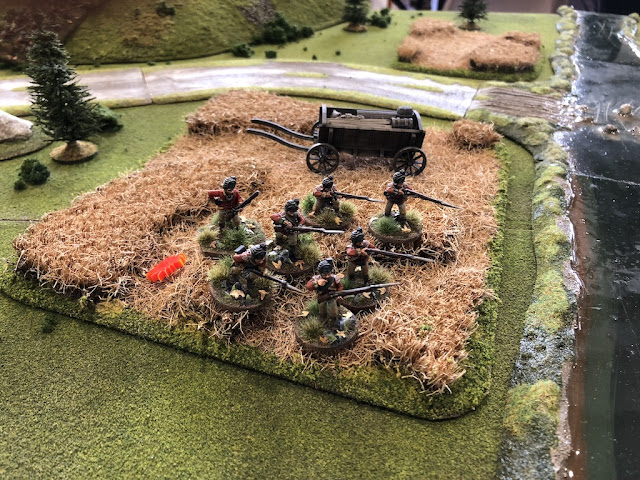 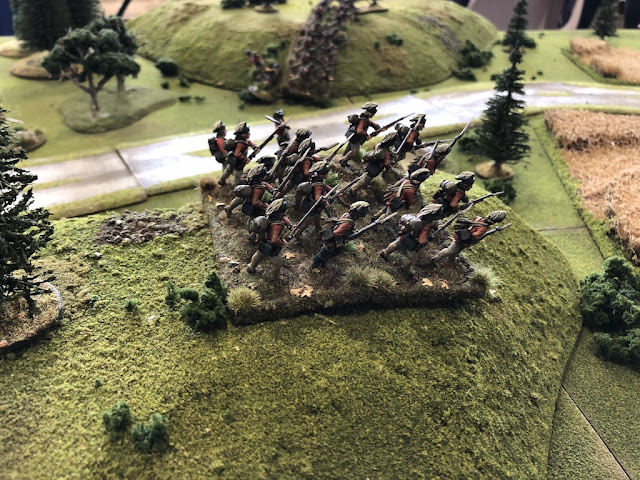 So aside from catching up with friends and watching games I dutifully made my way around the trade stands. I picked up some foam trays and a cardboard carry case from Knight of Dice as I desperately needed to find some secure storage for my growing American War of Independence collection. The trays and case will hold up to two hundred 28mm figures, which should adequately meet my needs (well, for now anyway). 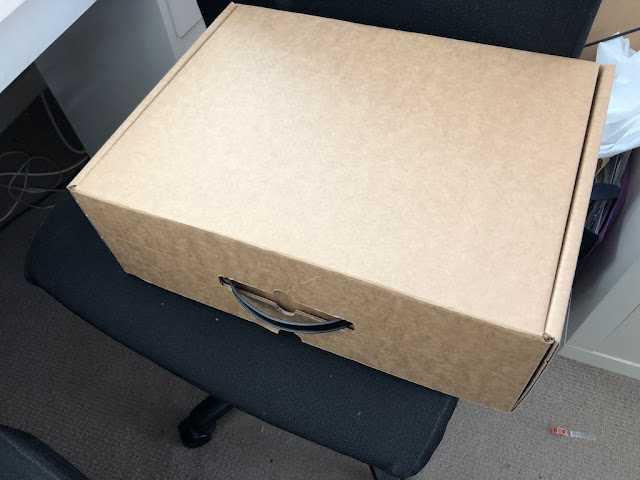 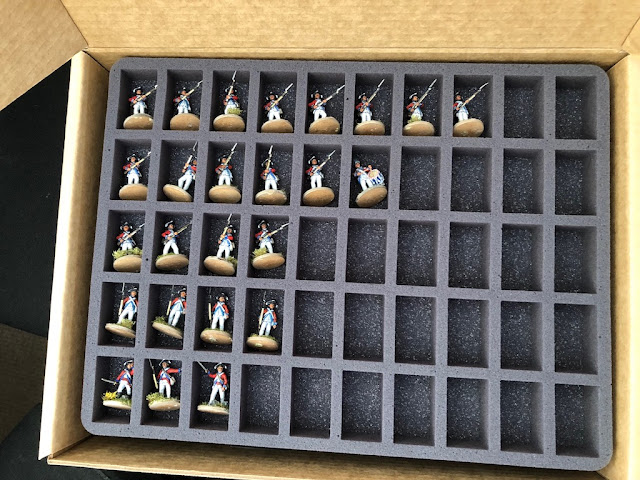 On the subject of Sharp Practice I needed a dice bag for my chips, so picked up something simple from Olympian Games. 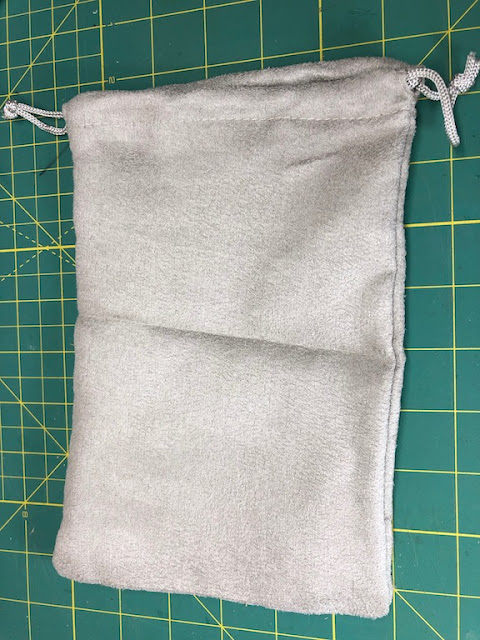 War and Peace Games had a clearance on Gamers Grass with everything at $5, which allowed me to replenish my stocks. 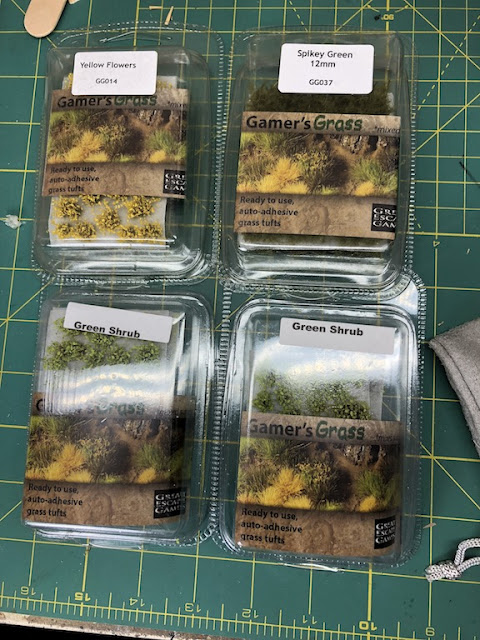 Finally, I wasn't prepared to deal with the initial crowds at the Bring and Buy, but there was still a fair selection when I got down there. Not much that took my fancy though and all I ended up walking away with was some Woodland Scenics scenic cement for $5. Sutherland Shire Gamers now have this extremely well organised, with sellers able to download a bar code to place on their item. 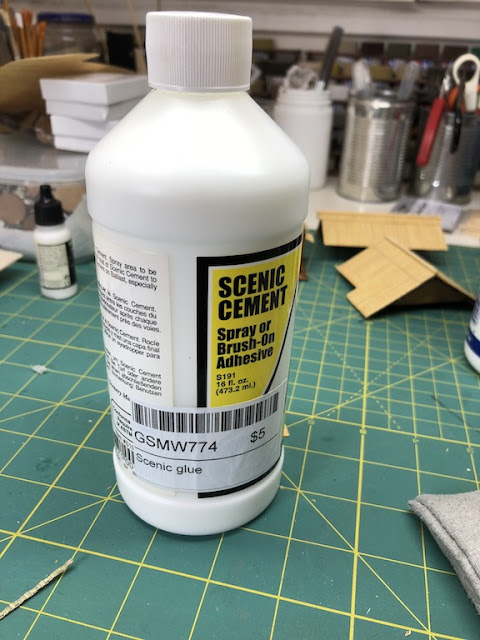 An excellent show, just a pity I didn't have time to squeeze in a game.

Posted by The Tactical Painter at 15:32