My British light infantry have had their bases flocked and their sabot bases finished off. 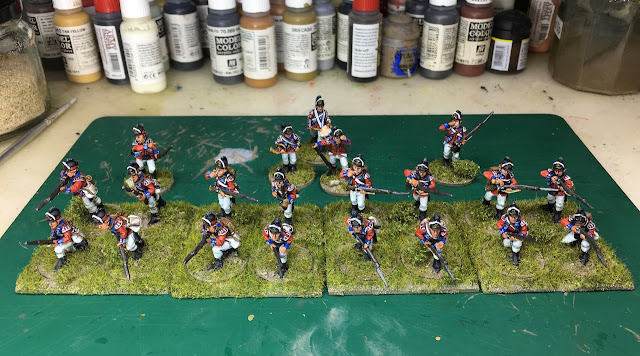 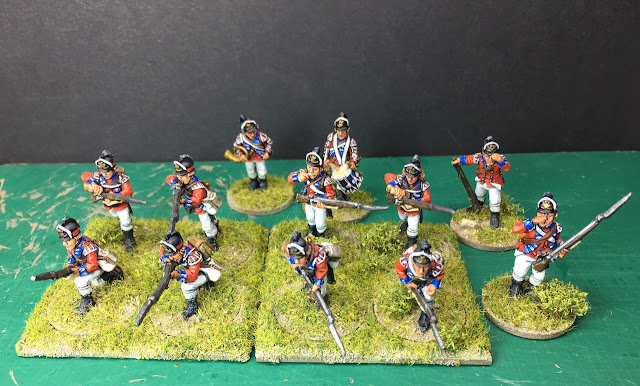 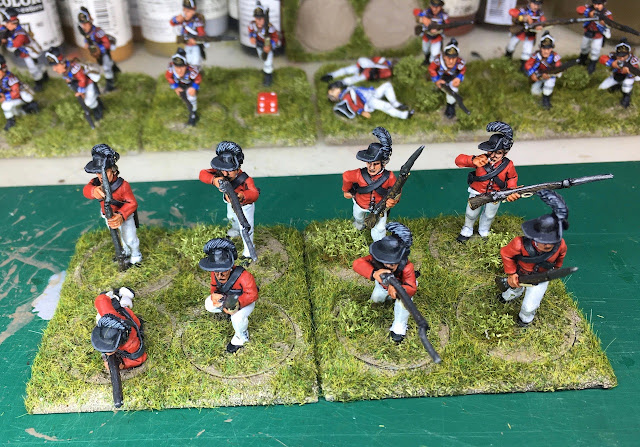 I was quite happy with this differentiation until Brendan Morrissey very kindly showed me the errors of my ways.  Even unintentionally people can rather publicly shoot you down in the forums, but Brendan was the embodiment of tact on the Lead Adventure Forum and used the private message function to point out that light infantry would not have been seen in both those uniforms at the same time.  The light bobs in the roundabouts and uncocked hats would have been seen from 1777 onwards, so the chaps in helmets will work for the early stages of the war.  As Brendan pointed out "Obviously it depends on how historically-minded you are - and whether or not you are just finding a use for whatever figures you have - but be aware that uniform nazis will make you aware of this publicly!".  Sage advice from someone who certainly know his stuff. If you are not aware of Brendan's research, he has posted on the Perry Miniatures website and provided input into the colour uniform sheets that come with the Perry's plastic box set.  Excellent stuff for an AWI newbie like me.  We live and learn. 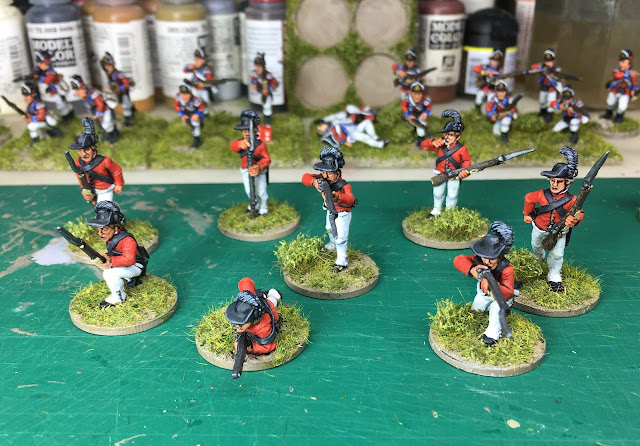 I'm not going to worry in the short term, the arrangement will get me started, but I will address it in due course.  It's not like I won't find a use for both sets of light bobs, so all is well.

I've also worked on 25mm round bases that I will use once a figure is removed as a casualty.  As per my earlier post, I have painted up some of the Perry plastic British casualties and these are now based.  These are mainly to use with the centre company figures as I don't have any casualty figures for light infantry, but hey, I don't think I'm going to get too particular. 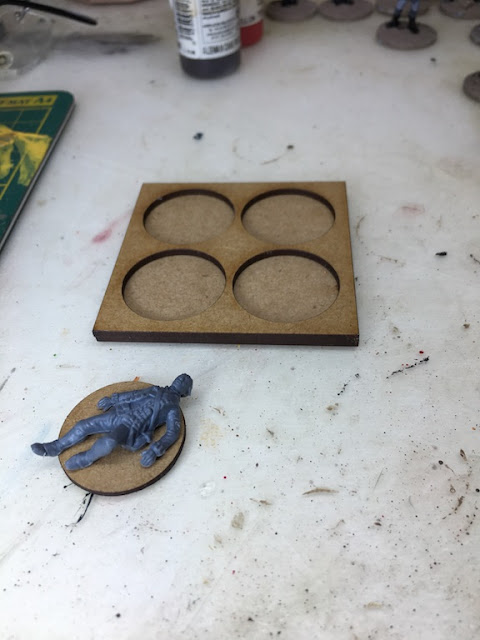 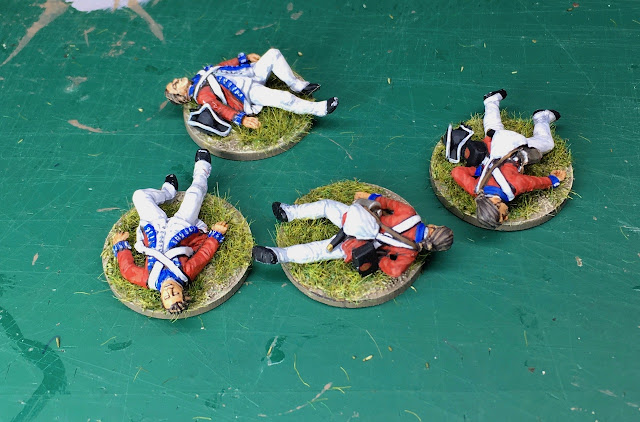 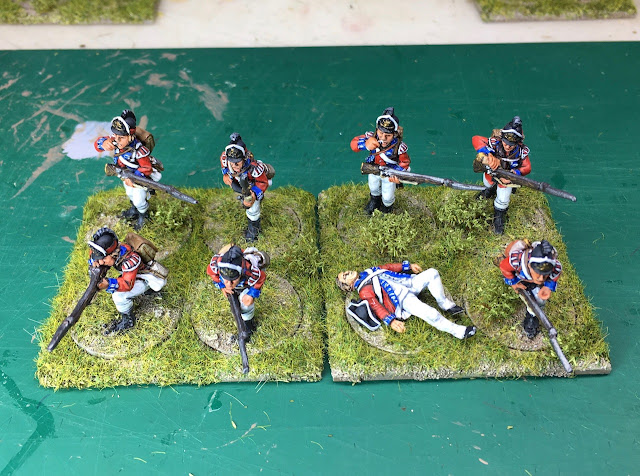 Just to fill gaps when I don't have enough casualty figures, I've created a few generic filler bases with flock and shrubs. 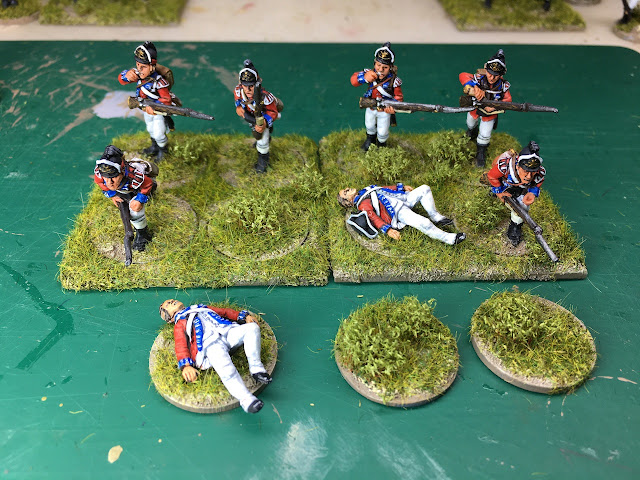 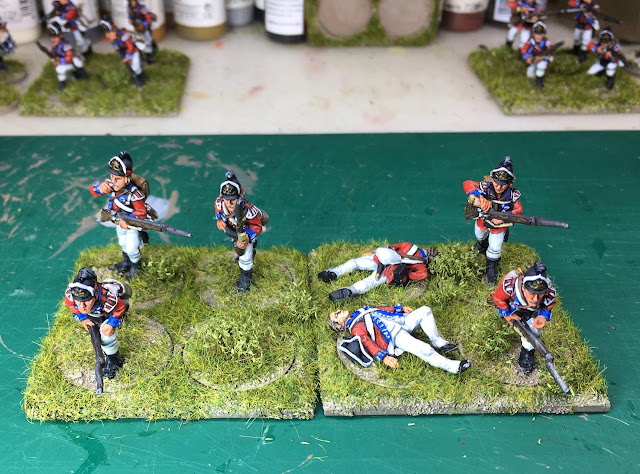 I've also created bases to hold mini dice to use as Shock markers. I like the idea you can use these in the sabot bases and ensure shock markers don't go astray when units move. These three types of replacement bases will give options to keep the sabot bases looking 'complete' even after a few casualties. 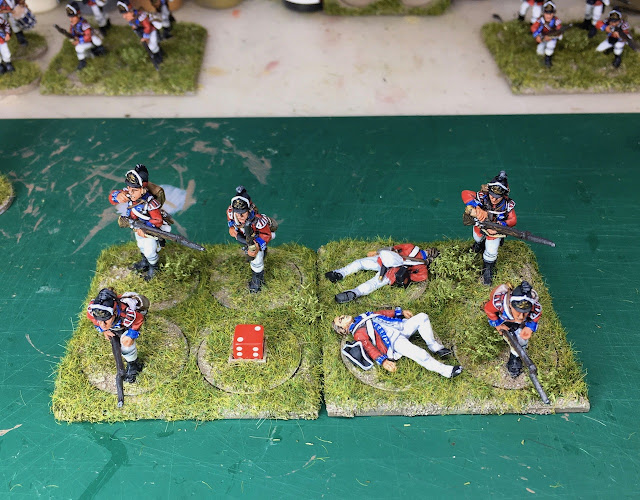 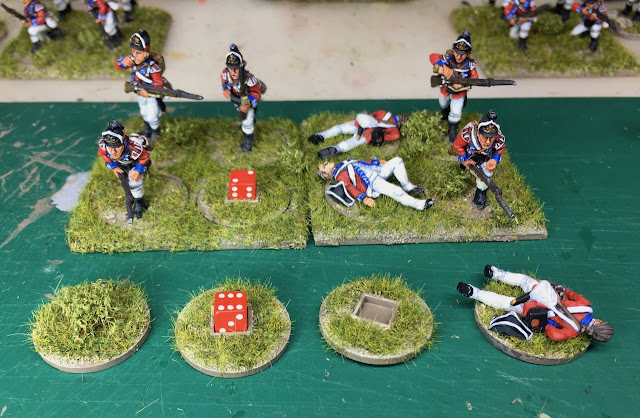 Talking of game markers, I've been painting up the activation chips that come with the rules.  I read recently that you are more likely to get better randomisation using the chips as opposed to shuffling the cards.  I guess it all depends on how much shuffling you are prepared to do, but for now I'll start off trying the chips.  If nothing else they are smaller and less intrusive on the table and I do like a table free of clutter. 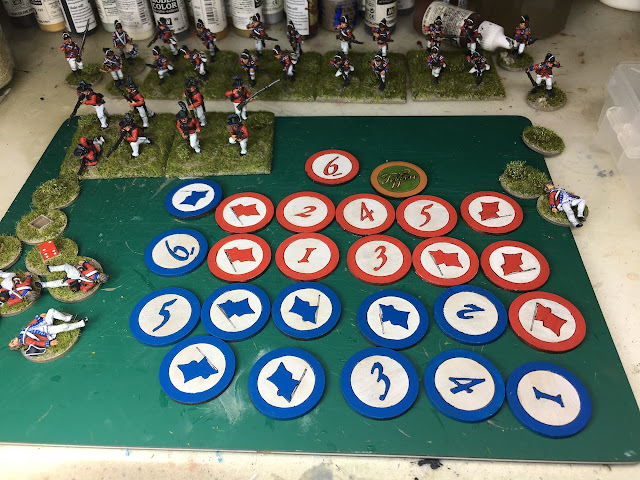 Posted by The Tactical Painter at 17:18