A recent trip to France for work took me close to Saumur in the Loire Valley, home to the Musee Des Blindes and its very impressive collection of tanks.  Having visited Bovington I'd say this is a very comparable size collection and one that was amassed for a very similar reason.  The collection spans both world wars as well as more recent conflicts and as might be expected has a particularly good selection of French AFVs.  Most impressive though is the WWII German collection and it was pleasing to see several vehicles that I've never seen before, as well as quite a few that I've been making as models.


With no PzKfwI on display the German WW2 story starts with a PzKfwII. 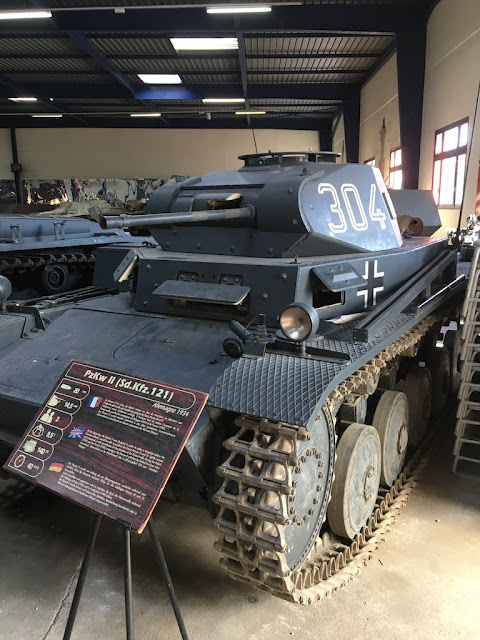 The collection also has an Ausf L, the later model PzKfwII designed as a recconaisance vehicle.  This one is clearly in working order because they fired up the engine while I was there.


While the PzII looks like the light tank that it was, the PzKfwIII looks like a much more formidable vehicle and really varies little in size from the PzIV.


The big German cats are well represented, with a Tiger I and II, as well as two Panthers (an Ausf A and Ausf G if I've got my rivet counting right). 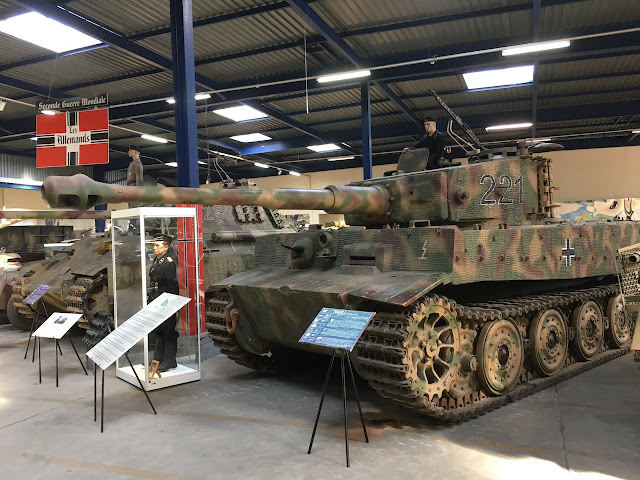 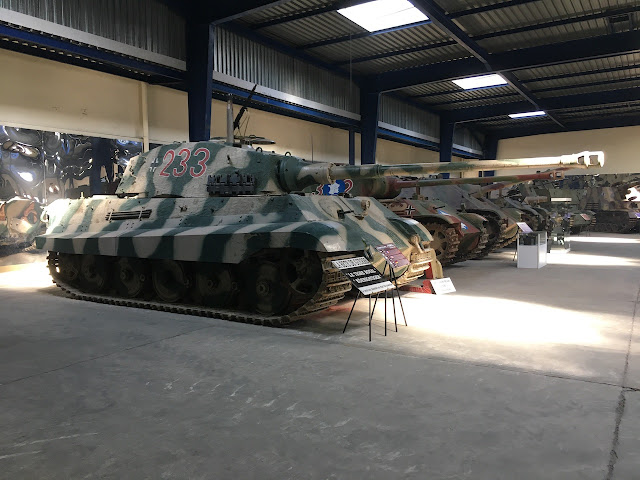 These two Panthers are the third and fourth I've managed to see, the other two being the one at Bovington and the one in the Canadian War Museum.

Now, I don't know about you, but I've always thought of the Tiger I being as big, if not slightly bigger, than the Panther, but if you look at this picture below, taken from the rear, you can see the engine deck of the Panther is quite a bit higher than the Tiger, as is the turret.  The fact the Tiger weighed about 6 tonnes more than the Panther probably contributed to why I thought it must be a bigger tank. 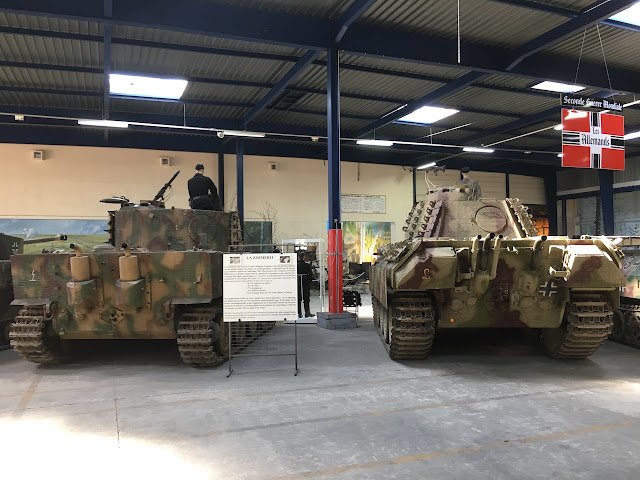 An also interesting size comparison can be made between the Panther and the Jagdpanther.  While the sloping front armour of the Jagdpanther makes it look quite sleek, it is still as high as the turreted Panther, something quite obvious from this picture. 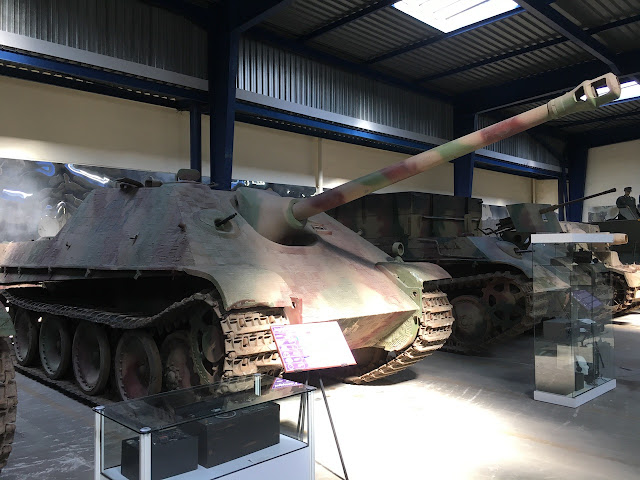 Talking of Jadgpanzers I had just recently made and painted these two below, so it was good to get a sense of their size and scale seeing the real thing.


The Hetzer is a small vehicle, but it's not necessarily that much lower than other tank destroyers, particularly if you look at the height compared with the StuG next to it in the picture above.  That said, it's clear to see how much better it was at concealing itself than the Marder III, which is one of the ugliest and ungainliest looking of all the adaptations of the Pz38 chassis.  The picture below shows the significant height difference between the two. 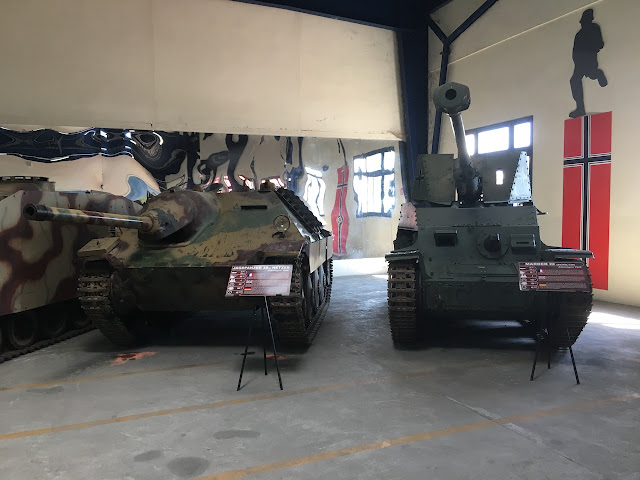 But no matter how sleek and well armoured, everything is vulnerable, just like this final model Pz IV Jagdpanzer that has taken some severe damage.  On that note I'll leave the remaining pictures for a future post. 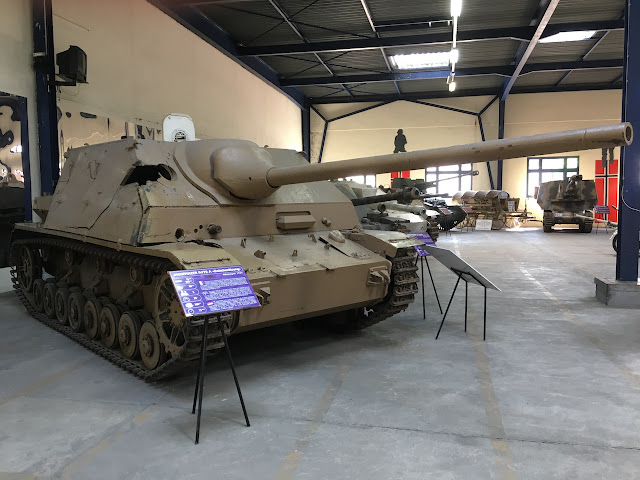 Posted by The Tactical Painter at 14:17