Game markers for Chain of Command

I've created some new markers for my games of Chain of Command. These are based on a set I picked up from Olympian Games at the MOAB game show in Sydney. 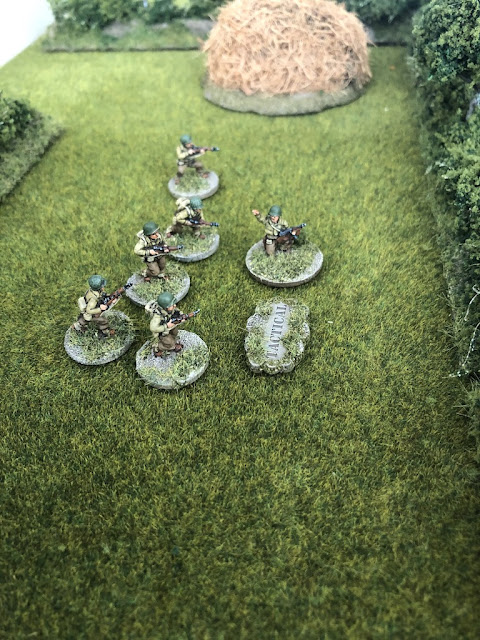 Several years ago when I first started playing Chain of Command I used on online supplier to create a set of custom MDF markers. I was after something to show things like Pinned, Broken, Tactical and Overwatch and kept these fairly simple to keep the price down. The markers came unpainted and all I did was paint them by hand to help me distinguish the different types. They were functional but not particularly attractive. 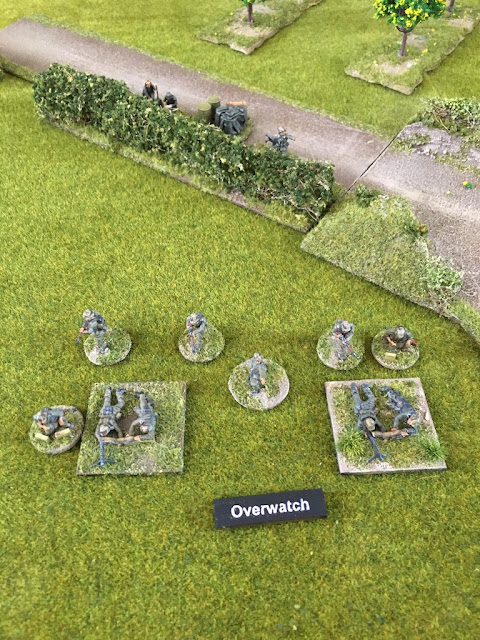 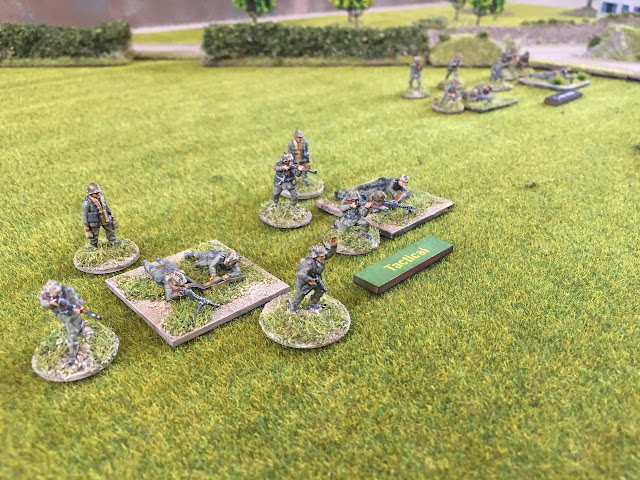 Since then a number of suppliers have produced sets of markers for CoC (including Too Fat Lardies themselves) and there is now an excellent choice in MDF and perspex. Lately I've been trying to find ways to keep the game experience as immersive as possible and reduce the amount of markers and other non-terrain clutter from the table. The markers made by Olympian Games come in a range of colours but I opted for the plain MDF versions with the intention of customising them. 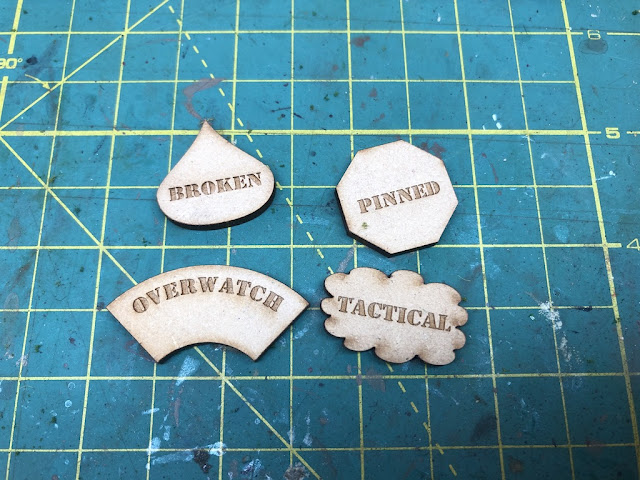 As each type comes in a distinctive shape I didn't feel the need to use colours to differentiate between them. The solution would be to use the same technique as when I base my figures and that way they might blend in more with the terrain. The first step was to give them some texture using sand and PVA glue. 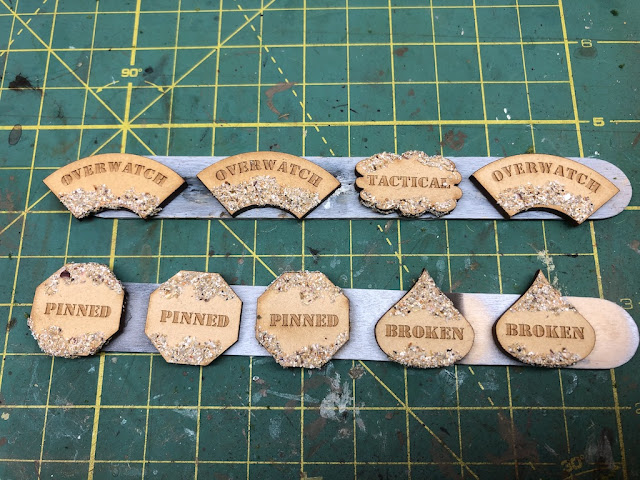 They were then sealed with a primer before painting using my usual colours for bases. 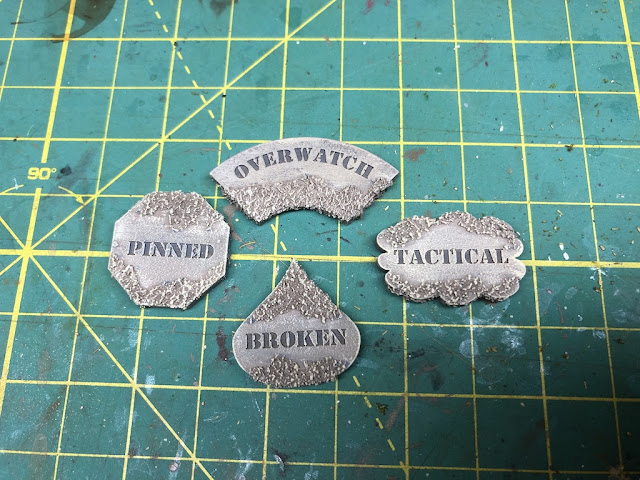 Finally flock was added to match the bases for my miniatures. 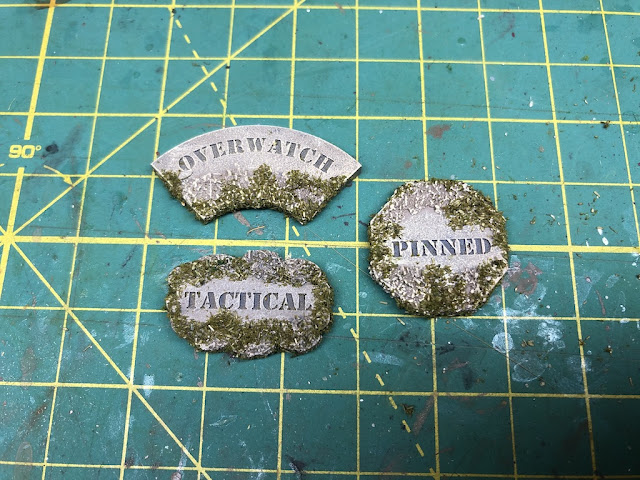 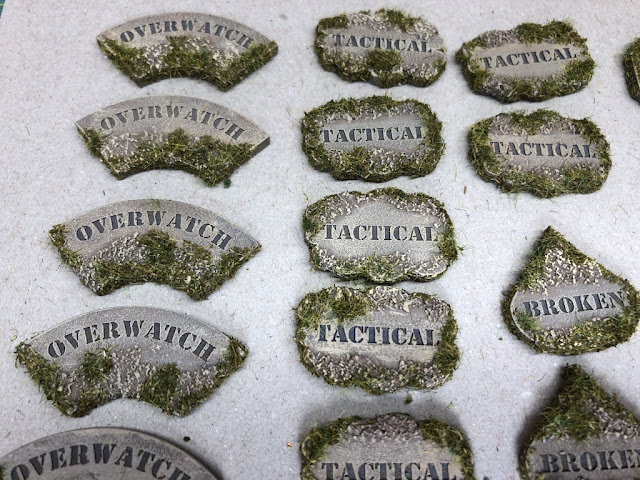 As these will also be used in urban environments I thought I'd leave a few without any texture or flock so as not to look too out of place in those settings. 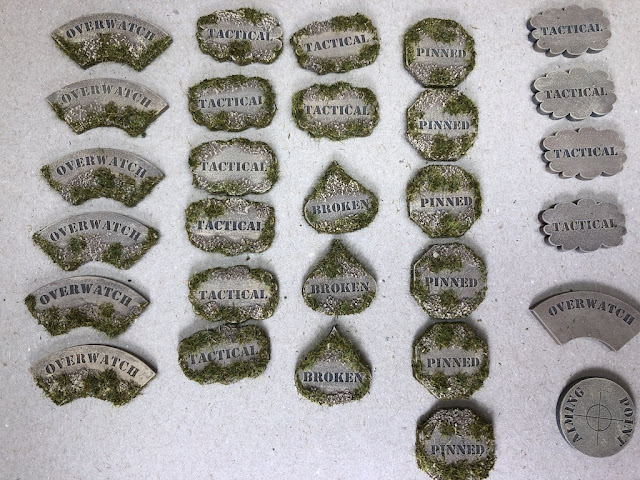 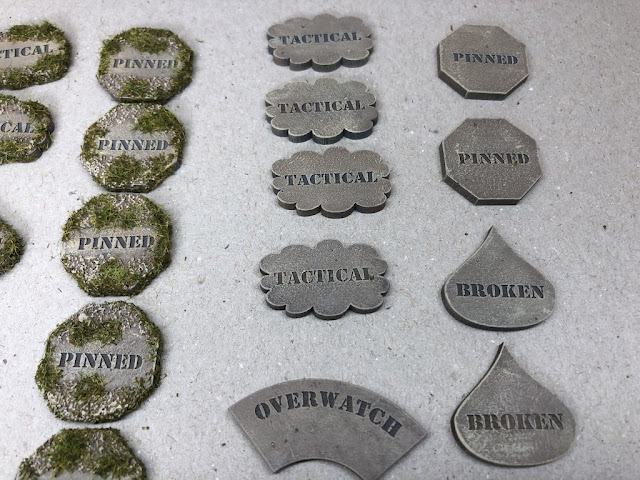 I think these serve their purpose while doing a much better job of blending into the terrain. 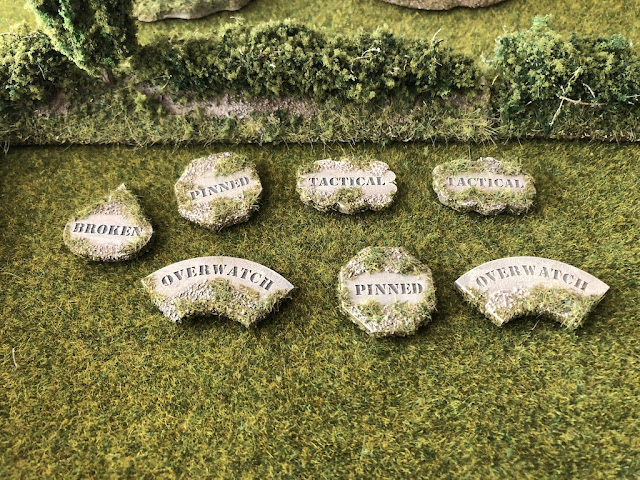 They match the basing of my miniatures and so sit more naturally with them in a game setting. 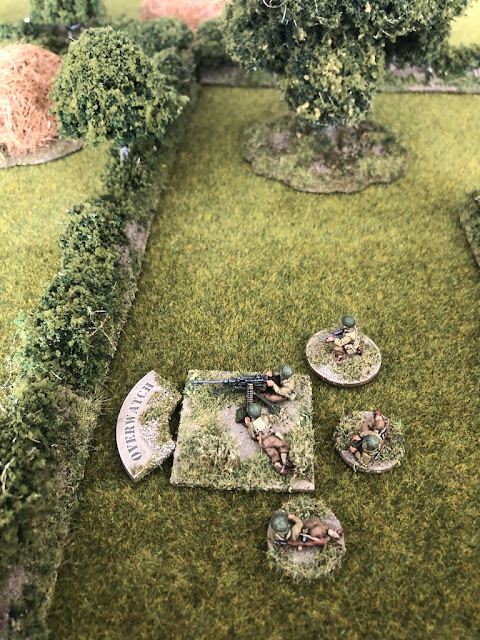 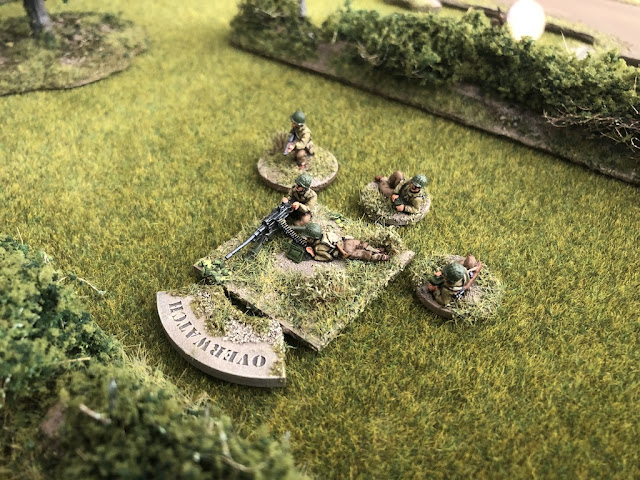 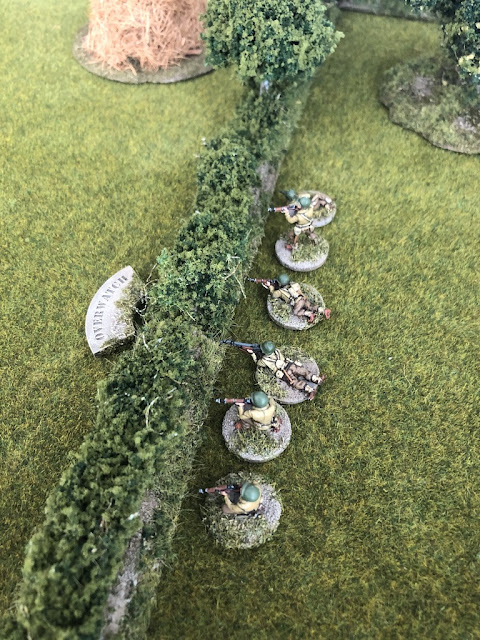 There was no need to use different colours or flock to distinguish each type of marker and I'm glad I realised that wasn't going to be necessary. It's clear enough to see what each marker represents. 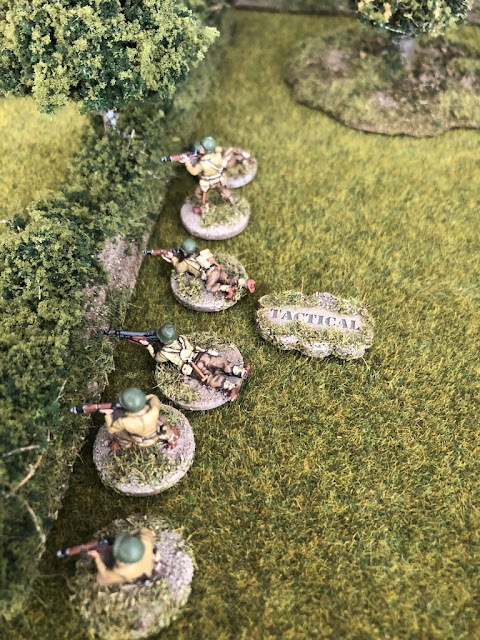 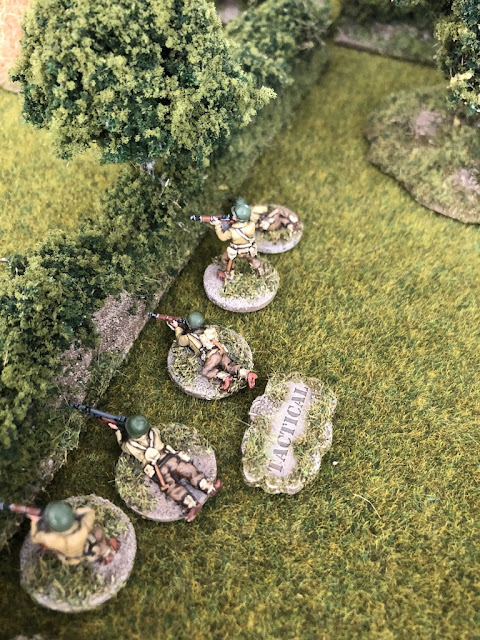 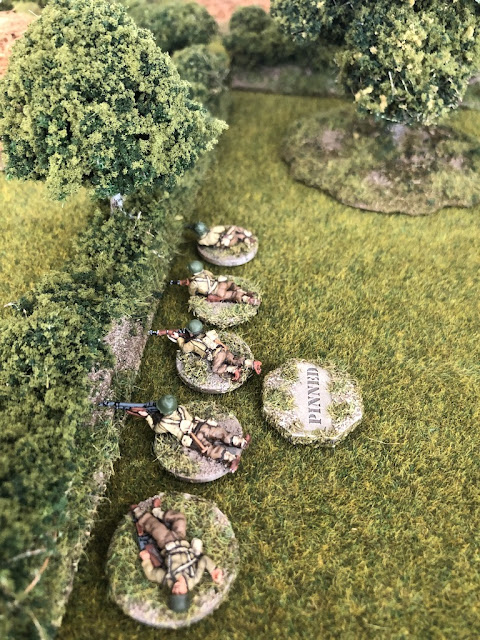 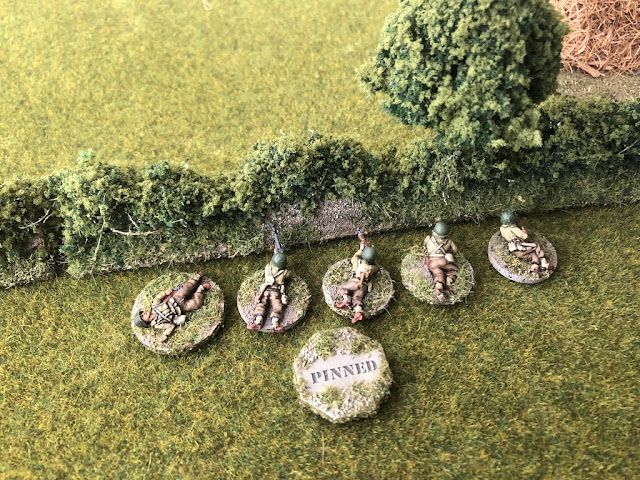 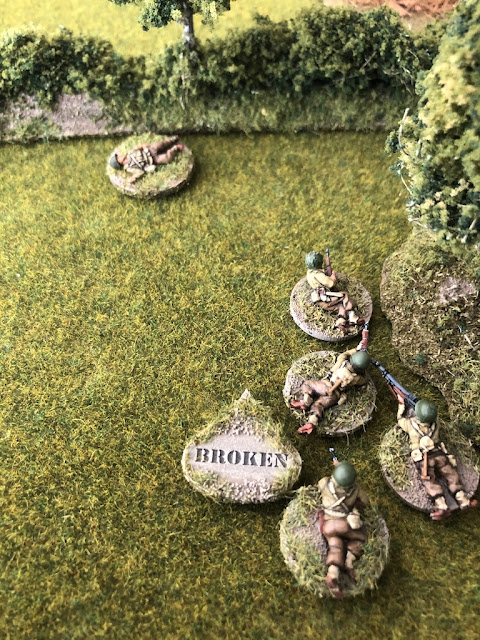 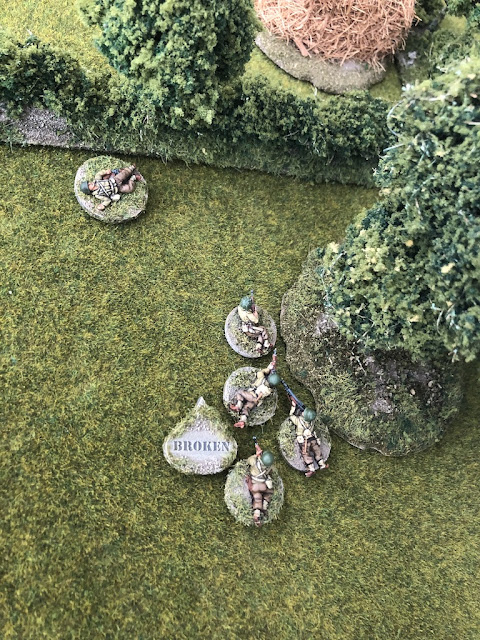 They sit well together and with the miniatures. 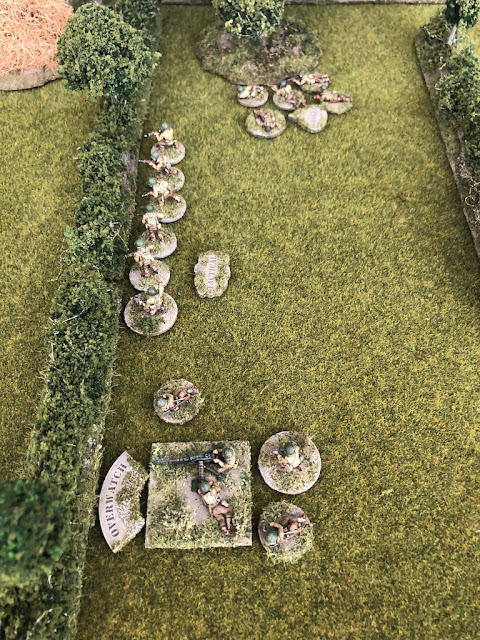 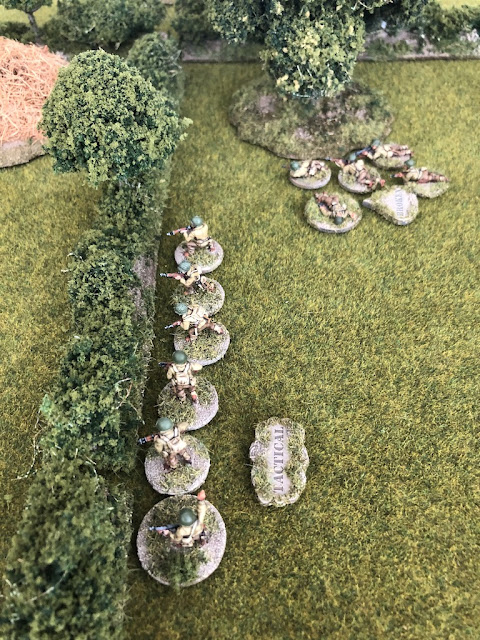 This was a quick project that was carried out amidst the making of other terrain and often while waiting for glue or paint to dry on those other projects. A good result for a small amount of effort.
Posted by The Tactical Painter at 11:47

Email ThisBlogThis!Share to TwitterShare to FacebookShare to Pinterest
Labels: Chain of Command