Not that I need reasons but there are several why animals, stores and crops would be useful additions to my collection. Apart from making for attractive scatter terrain, skirmish rules like Sharp Practice and Lion Rampant feature scenarios that involve raiding, pillaging or foraging and for that I need something for my armies to steal. 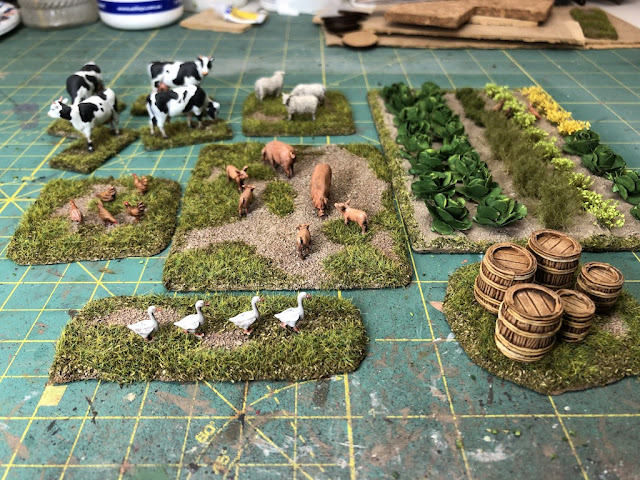 Last year I bought two sprues of plastic farm animals in one of Warlord's periodic sprue sales and to these I had added a set of Renedra barrels. Unfortunately this was one of those projects started with much enthusiasm that was edged slowly back in the paint queue by other more pressing projects. The end result was a small box of primed and half painted animals sitting on the workbench gathering dust for several months. However some recent plans for a game of Sharp Practice gave me the inspiration and impetus I needed to complete the job.

In order for the animals to work as objectives I wanted to create a number of different bases with the smaller animals grouped together and bigger animals like cows on individual bases. 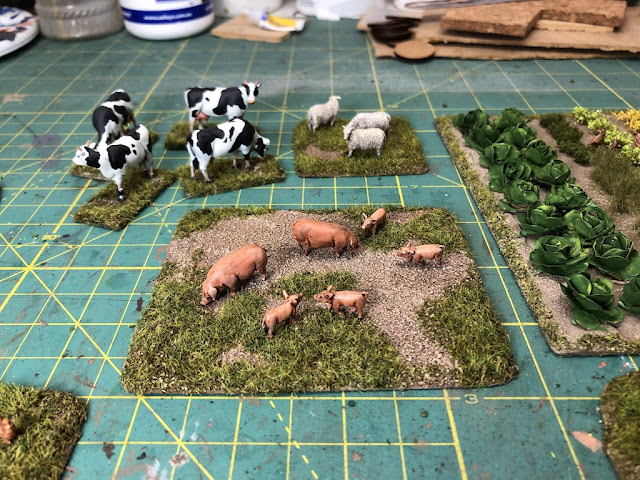 I was unsure what to do with the barrels, so at this stage I've based half of them together in a group. The remaining barrels, which are not yet painted, will most likely be based individually just so I have some versatility. 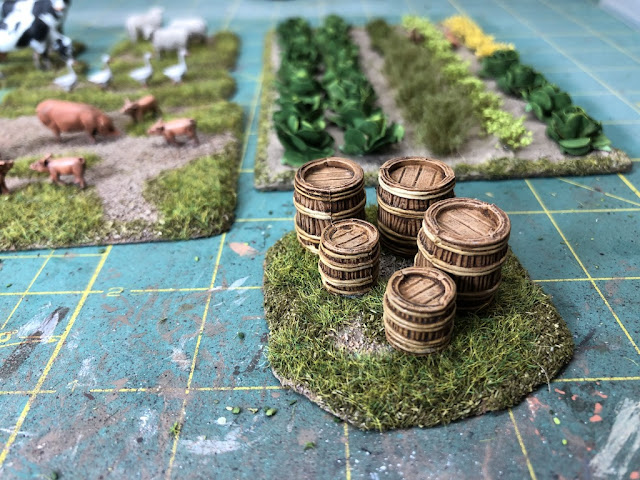 For my American War of Independence skirmishes these odds and ends will complement my Perry civilians many of whom are well suited to a rural or farm setting. They will become the 'minor characters' who may either resist or assist the foraging. 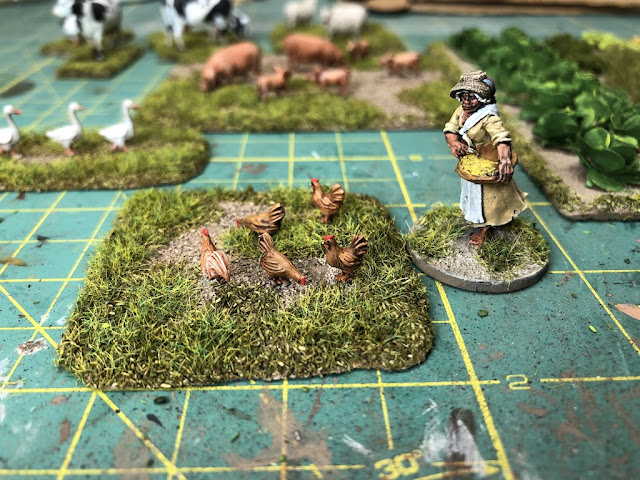 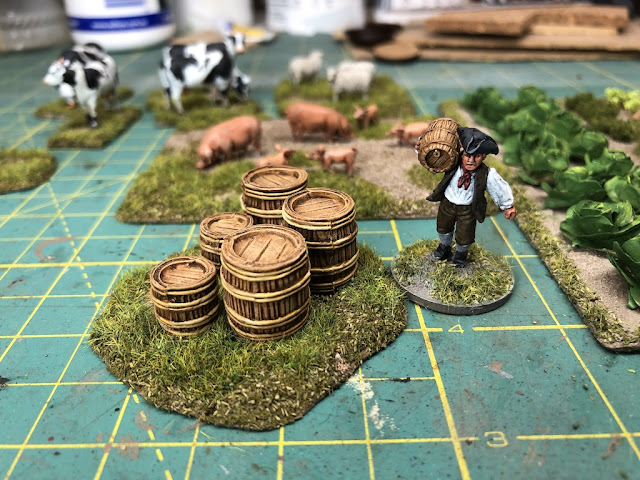 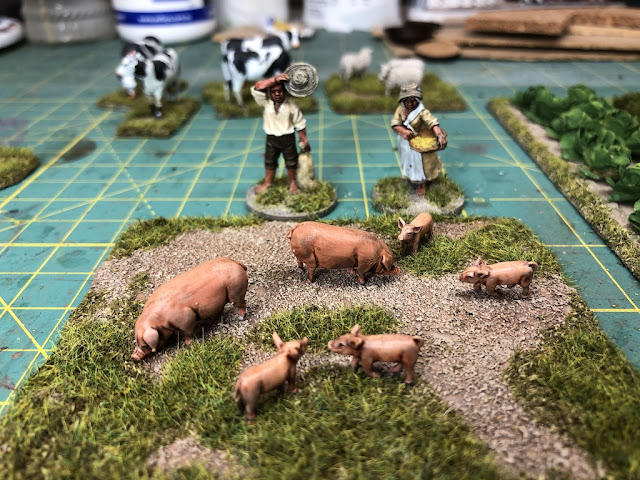 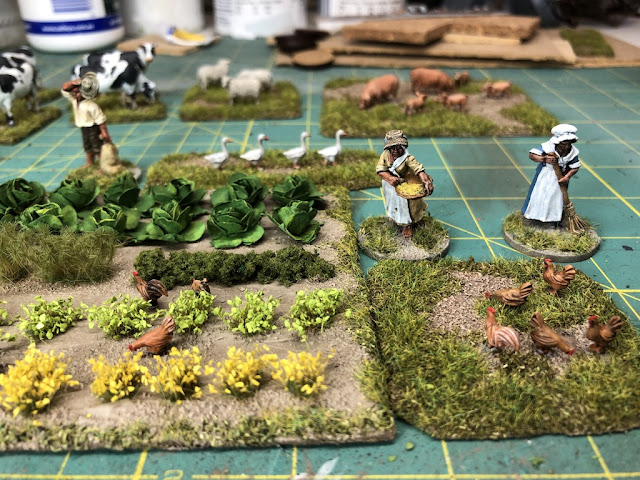 I've seen some lovely vegetable patches on various blogs and at shows and wanted to create one of my own. I can't recall where I picked up the idea for the cabbages but I cannot claim it as my own. They are made from paper flowers, the type you can buy in stationery and craft stores for decorating wedding invitations. I suspect they are quite a bit over scale, but once painted I think they work well enough. 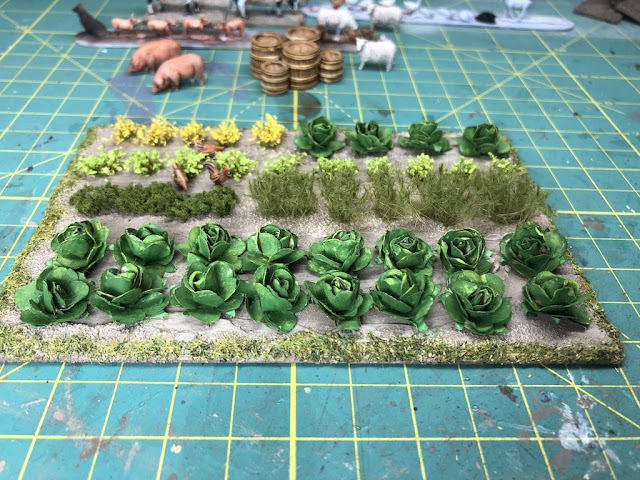 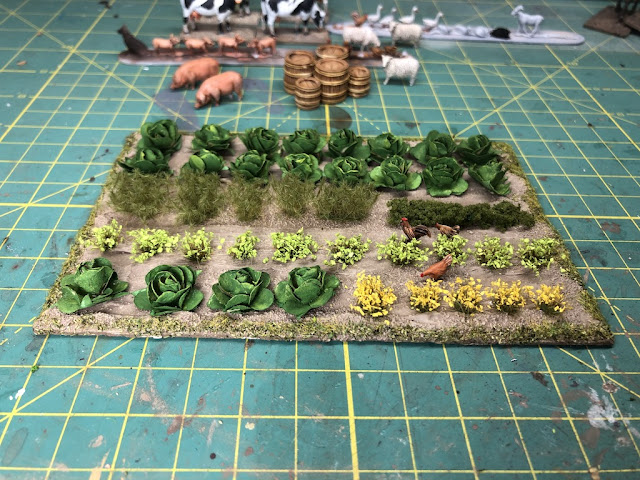 Most of these made an appearance in the recent Sharp Practice game which was based on Scenario 2 in the main rule book. In our case a force of sundry rebels were on a foraging mission and a force of redcoats were despatched to drive them away.

The rebels made early progress and with no sign of the British they moved quickly towards the farm in search of plunder. 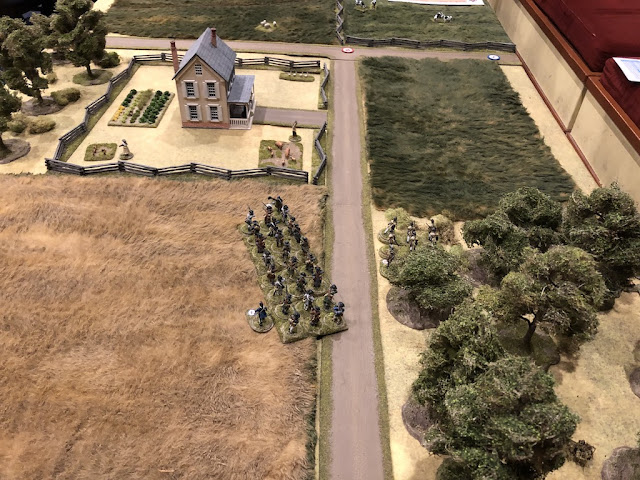 Just as a group of rebel skirmishers were about to round up the pigs they were disturbed by the sight of redcoats marching determinedly to the rescue. 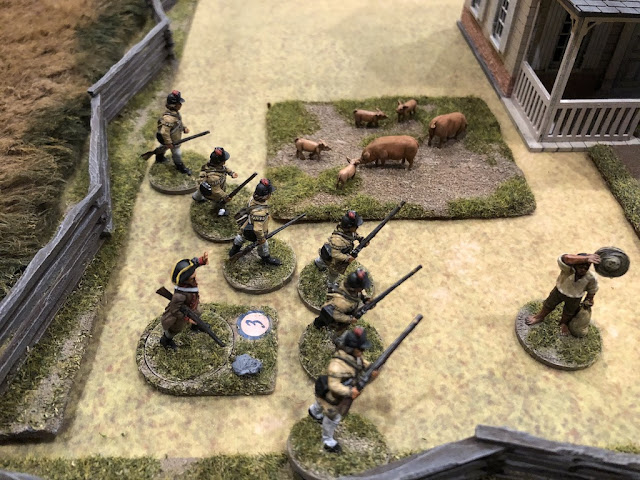 It wasn't long before the British had built a formidable firing line along the fence surrounding the house. The pigs and other animals would have to wait, there was fighting to be done first. 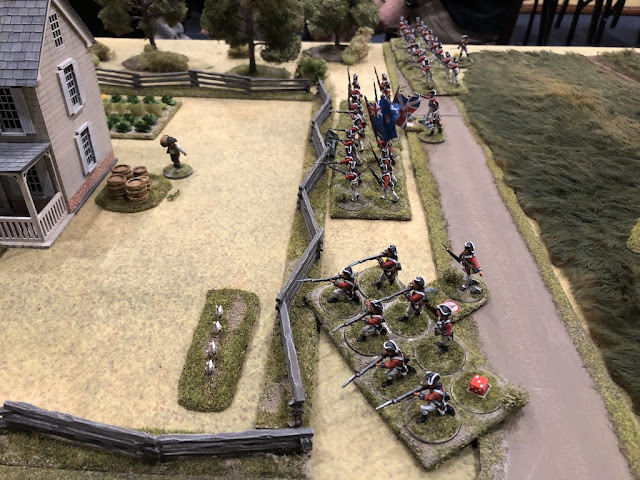 The rebel state line and skirmishers moved fast and aggressively around one side of the farm. Their initial fire forced the British left to recoil in shock leaving several casualties behind. 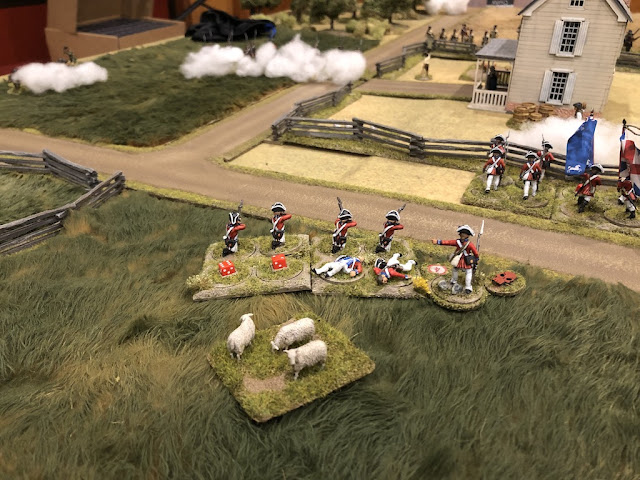 However the undoing of the Americans was a sweeping move made by the British light infantry across one of the fields. They were able to fire into the flank of the state line and pile considerable shock onto them. They in turn fell back in disarray leaving the rebel Status III leader behind as one of the many casualties. With the British also making headway through the woodland on the other flank and rebel force morale plummeting there was only ever going to be one outcome and so the rebels returned to their camp empty handed. 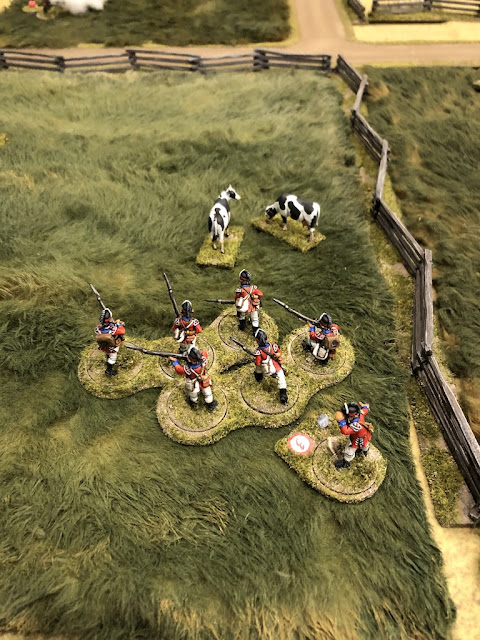 Posted by The Tactical Painter at 09:40 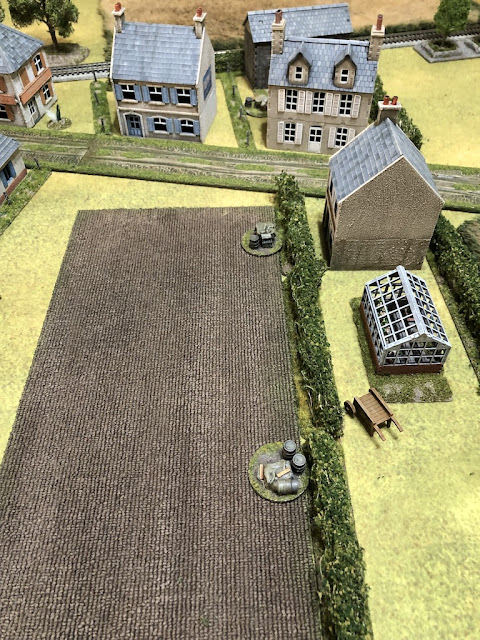