Early into the Gembloux Gap campaign I had one of my squad leaders killed. In the past we've always had trouble tracking the men promoted from the ranks to lead those squads in subsequent games and in the heat of the moment we've often forgotten their limited command initiatives and command range. With that in mind I wanted to find an easy way to mark the figure on the table. 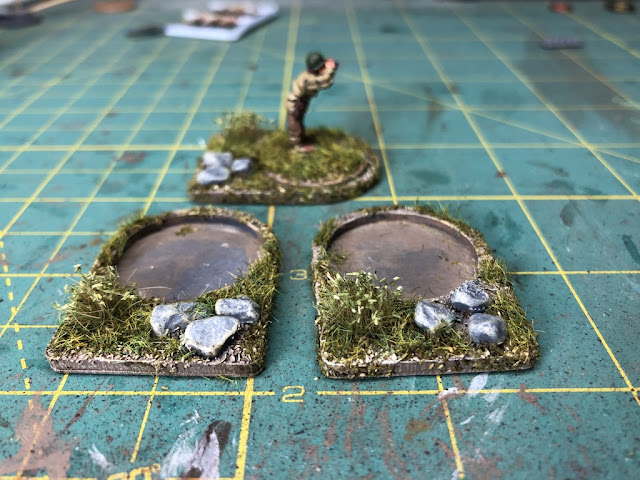 I had some single sabot bases left over from my project for identifying leaders in Sharp Practice and I had used those to create wounded leaders markers for those who were wounded in the course of a game of Chain of Command.

I realised it wouldn't take much to adapt some of these to record junior leaders promoted from the ranks in the course of a campaign. Unlike regular junior leaders these newly promoted NCOs are learning on the job and so are restricted to one command initiative and a command radius of 3" until they are accepted by the men. Rather than mark those attributes in words or numbers I decided to be more thematic and used three rocks to represent the 3" command range and a single shrub the single command initiative. The bases are only required until the leaders are accepted by the squad and so don't need to be permanently attached to the figure which is what makes a sabot style base ideal. These are simple enough and should do the trick. 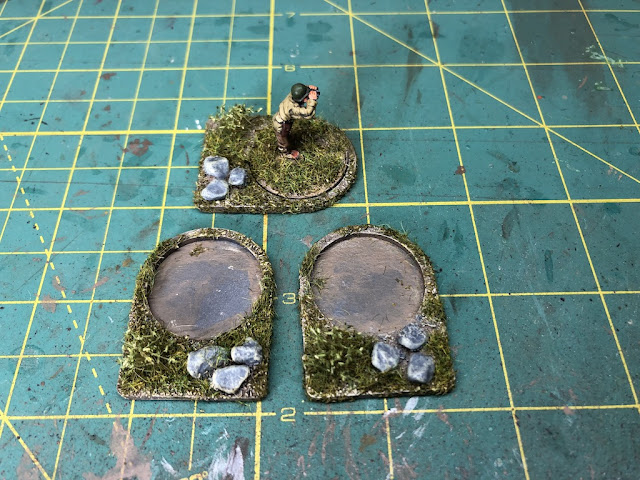 Posted by The Tactical Painter at 14:35