The first time I played Sharp Practice I struggled to remember which leader corresponded to which card/chip.  It didn't help that Leader 1 tended to be my best leader, but he had initiative level 3, there was something counter intuitive about chit one activating Leader 1 but the leader having initiative 3.  I could see how it could confuse other newbies. 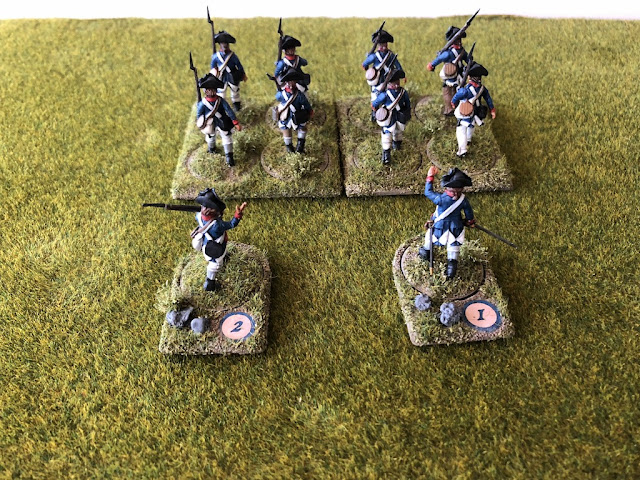 Nothing reinforced that thought more than when I was watching one of the excellent Beasts of War videos where Rich Clarke was playing Sharp Practice against Justin and they constantly referred to their force rosters to remember which leader was which as the various chips were drawn.  This convinced me that I needed to find an easy way to know which leader was which with just a glance at the table.

When I saw the individual sabot bases from Supreme Littleness Designs, I immediately thought there's my answer.  Here was a simple way to identify my leaders and know their initiative level.  As I posted earlier the base is a simple sabot with a backing piece of grey board. 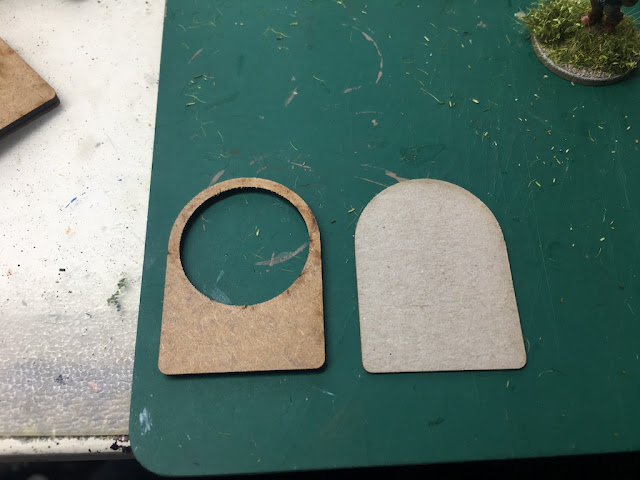 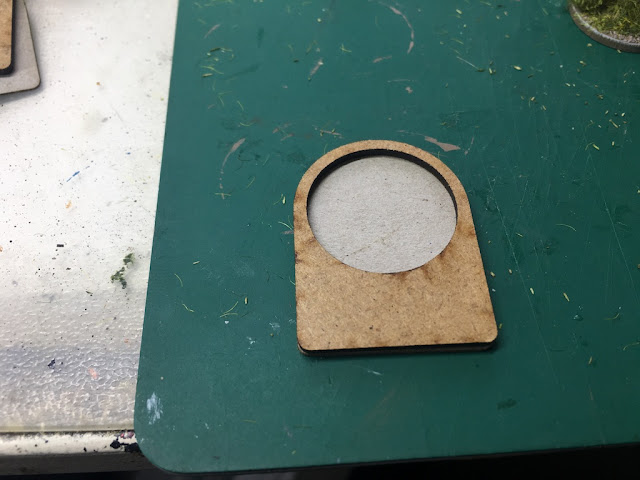 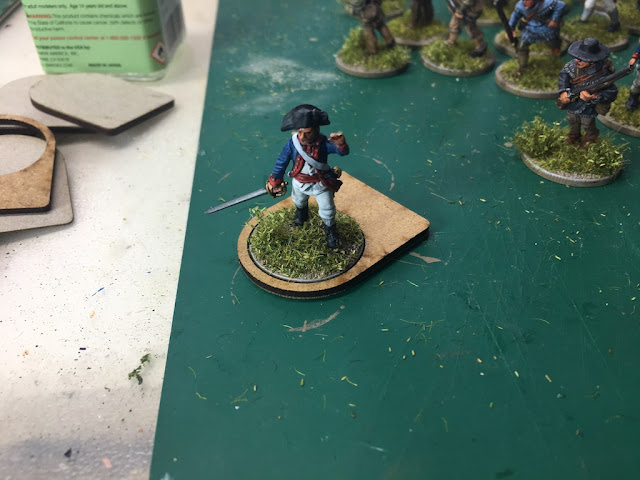 The next thing was to work out how best to identify the individual leaders.  It would make sense to have the markers relate to the chips I planned to use.  I had painted the MDF chips supplied by Too Fat Lardies with the rules and so I photographed them. 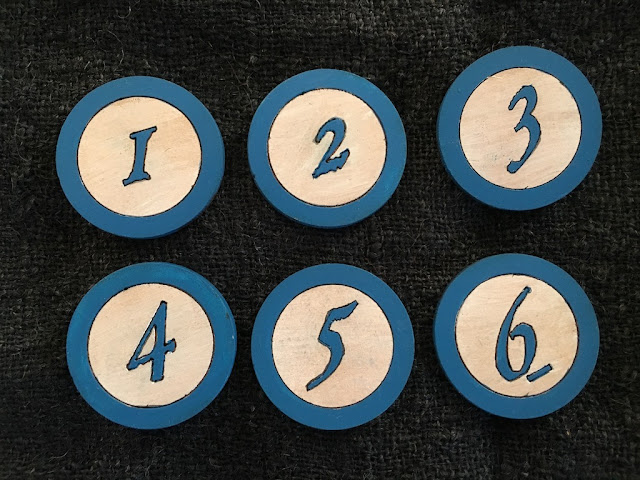 I then printed these out on my very average printer at home in a much smaller size, one suitable to fit on the bases. 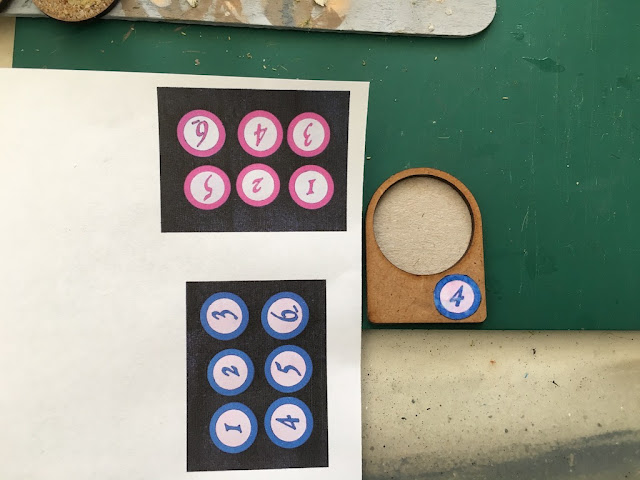 The quality of the print on my home printer wasn't great, so I knew I'd need to find a bitter quality laser printer to produce a higher resolution image. Next I wanted the bases to be a little less obtrusive, so I took my Dremel with a sanding bit and sanded down the edges, as I have done with my larger sabot bases. 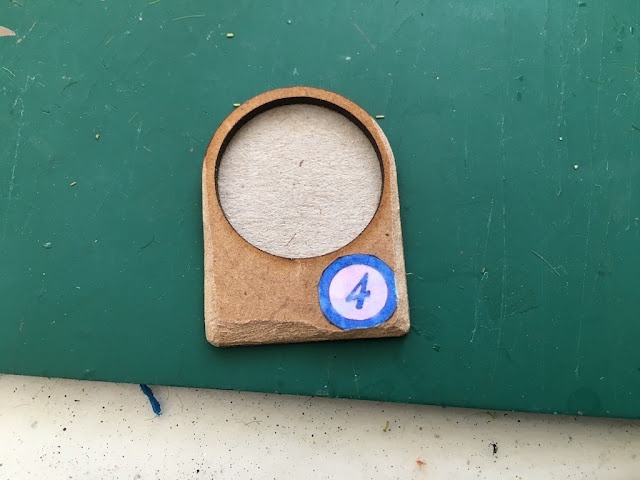 Next, I wanted to also include the initiative level of the leader, so I textured the surface with sand and added small stones, with one stone representing each initiative level.  This first one was a bit of a 'proof of concept' and although I wasn't happy with the way the chip number had printed out it was heading in the right direction. 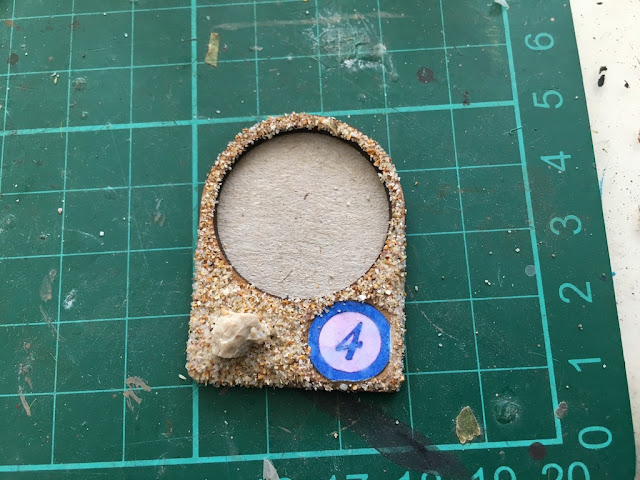 Once I had printed the chip numbers on a better quality printer, I then made up enough for all the possible variations I could envisage for the AWI games I intended to play. 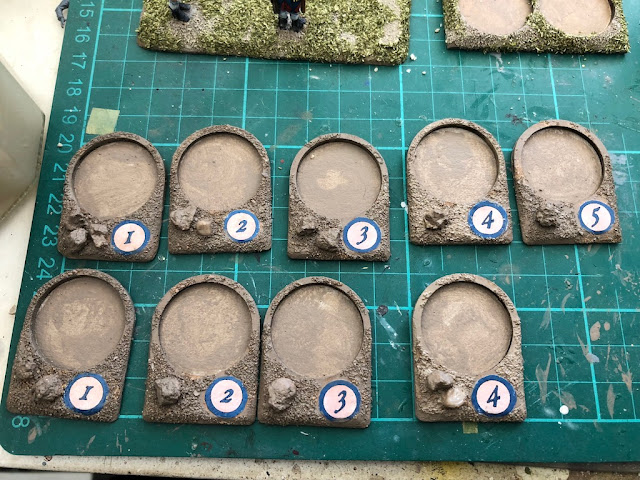 These were then painted and flocked, the same as I would do for any other base. 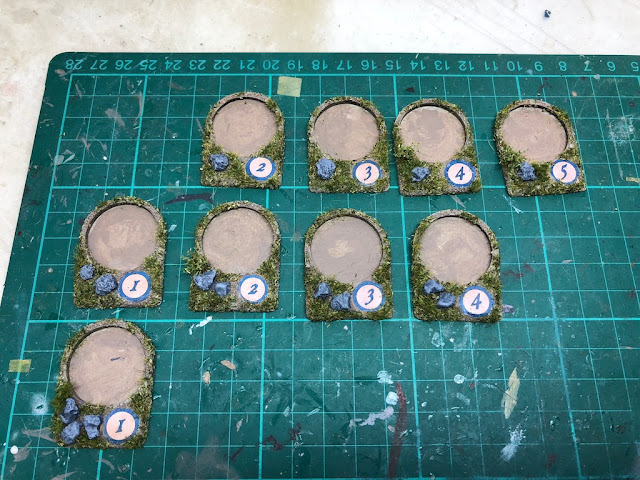 While this seems like a lot of bases to make up, the other option is to make up leaders with a varying number of rocks attached to their bases.  One way or another I need to make up a lot of variations and I think this way I have more versatility for my leaders and at the end of the day the bases are quicker and easier to make up than individual leaders.

So here's how they look with a figure in place.  I think they are visually unobtrusive and I'm happy with the way the numbers match the chips we will draw during play.  They now complement their units better with all on a sabot base. 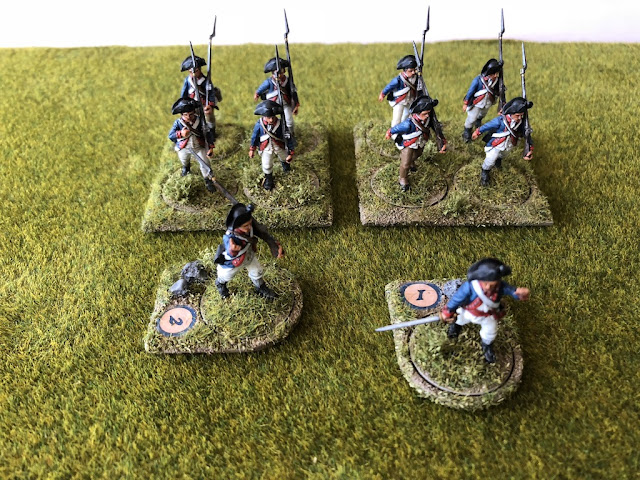 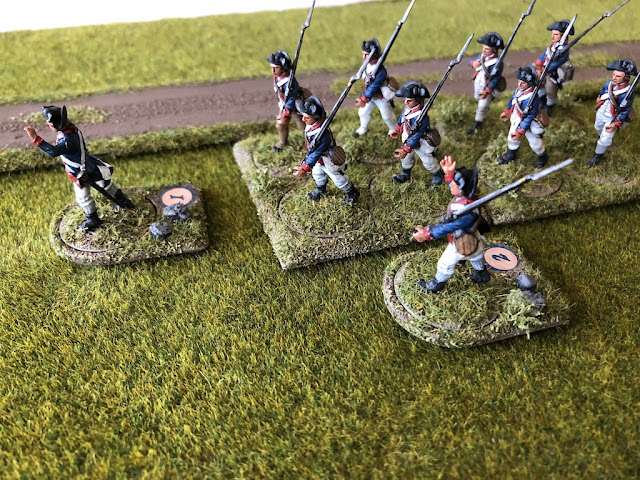 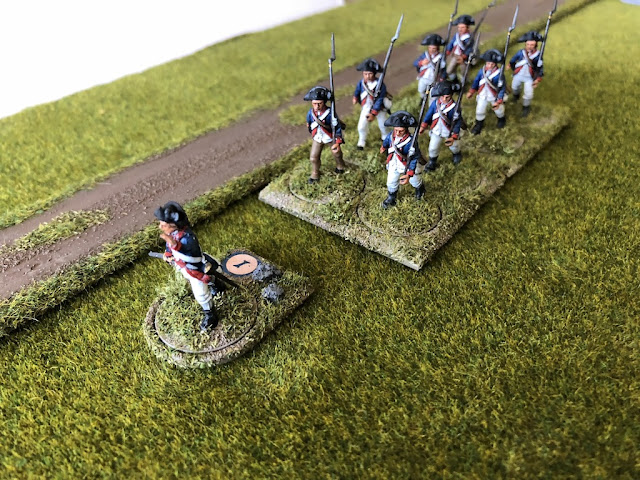 Happy with the result, the bases for the red chips are following closely behind. 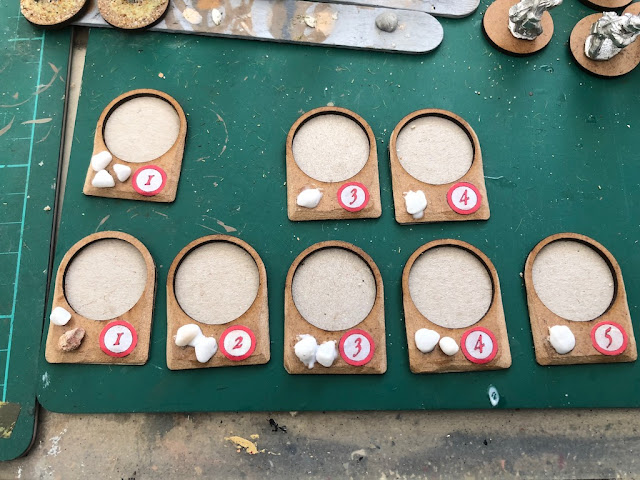 Posted by The Tactical Painter at 14:22